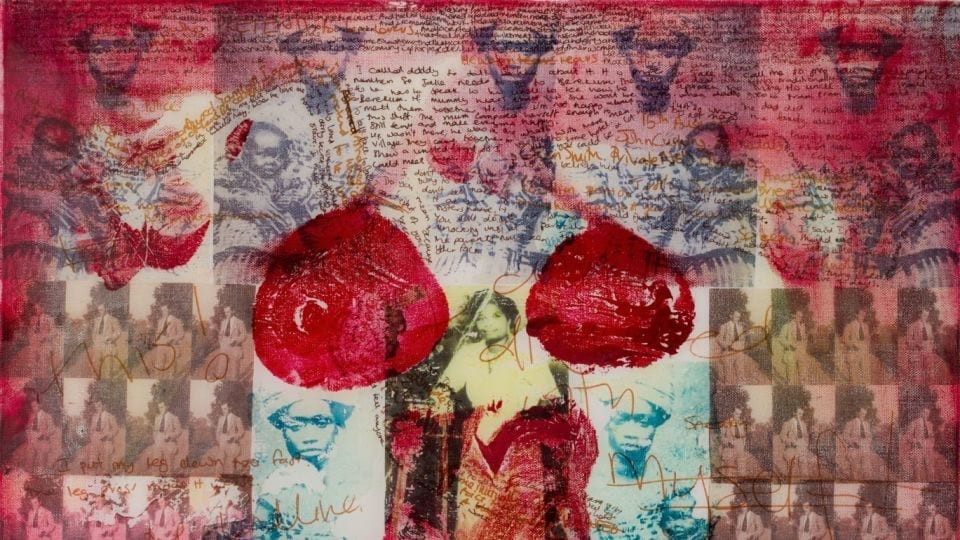 Adelaide Damoah is a British artist of Ghanaian descent whose earlier work combined African and Western influences while highlighting social issues. Her current practice involves using her body as a “living paintbrush” to paint or print onto various surfaces. Damoah discusses her series.

A: You use your body as a tool to paint – the resulting compositions utilise a sense of performance. How did you develop this method and who are you inspired by?

AD: In 2016, my friend, mentor and colleague Rachel Ara critiqued work from my previous exhibition This is Us. Her opinion was that the work was not successfully communicating what I wanted to convey. Previously I had used figurative painting to explore themes around sexuality and gender using very traditional methods. She challenged me to think about the absence of the figure and to stop trying to be a traditional figure painter. Rachel felt I had a visual language beyond figuration and that my ideas could manifest in alternative ways to the trajectory I was trying to follow. While this was painful to hear, it was the most useful analysis of my work I had ever had. It forced me to re-evaluate and I started to look at Ana Mendieta and how she used the presence or absence of her body. Thinking about the body lead me back to Yves Klein and his 1960 Anthropomentries performance. I watched clips of it many times. Thinking about body printing and identity led me to David Hammons and his iconic and often politically charged body prints. I developed my process by reading about these artists techniques and also through experimentation. I am inspired by all of the artists mentioned above, and most importantly by Rachel who encouraged me to think outside of who I was as an artist.

A: What relevance does colour theory have to your works and how do you consider the types of colours that you use?
AD: I currently use a very limited palette. I choose one colour to make the body prints and choose this colour based on what feeling I want to convey or what I want to remind the viewer of- rather than colour theory per se. With the first iteration of body prints, I used alizaron crimson, which does not quite look like blood, but it reminds me of blood. I wanted the viewer to feel the fact that this was a body of flesh and blood that left this imprint. Some people think they can see the shapes of muscle striations in this work and I believe this is because of the colour, as the same is not said of my blue performance pieces. There is also the link to blood line, my blood line. I have used image transfers of family members dating back to the early 1900’s in this work.

Then there is gold. I started to use gold because I discovered that my mother’s side of the family were wealthy in the 1800s and early 1900s. Their wealth came from gold. I wanted to use gold in the work as another link to them. I wanted to use gold from Ghana as this is where my family originate from. I could not get my hands on Ghana gold leaf here, so I went to a UK company who said they get their gold from China (currently the biggest producers of gold in the world). This then reminded me of the relationship of China to Africa and to Ghana and the various political arguments suggesting the possibility of this relationship being tantamount to neo-colonialism. But this is another conversation.

For the live performance at Unfold, I used ultramarine blue as a direct reference to Yves Klein’s 1960 performance. Here, I wanted the audience to understand that I was in conversation with this artist, positioning the work in an art historical context.

A: How do you think that your works tie into feminist politics and the representation of the female body?
AD: In my performance The Inconsistency of the Self performed at UNFOLD space in 2017, I was in direct conversation with Yves Klien’s Anthropemetries performance, during which he directed a group of naked women to rub paint on their bodies and print themselves onto a surface. Feminist discourse around the performance included the idea that by directing the women and subsequently distancing himself from the process of making the work, he created a passive female body which could not only be objectified by the male gaze, but could also represent a way for expressing and reinforcing patriarchal values. I tend to agree with that criticism. In my performance, I am the director of my own body and I choose how I move it and place it. By granting myself that agency, my intention is to subvert the original idea

Female artists have been tying feminist politics in with performance art using their bodies for decades. In her 1975 performance Interior Scroll, Carolee Schneemann literally rooted artistic discourse – a very male thing at the time – inside her body. She morphed herself  into a site for artistic discussion, rather than for the projection of sexual desires. Ana Mendieta was a self confessed feminist artist and made many important works which looked specifically at gender and female representation using her body. At the time, much criticism was levelled at female artists using their bodies to enact the feminist idea of the personal as political, including the idea that women who did so may be playing into the hands of the patriarchy by effectively helping to further objectify women (Catherine Francblin) whilst using their bodies in ways which some could observe as narcissistic exhibitionism or self abuse. Mendieta went on to distance herself from using her body directly as a consequence of such criticism. I am interested in continuing this conversation and think about and research the subject as an integral part of making the work.

A: Do your works have a social / political agenda?
AD: I wouldn’t say my works have an agenda as such, although I am definitely exploring themes which could be deemed as political / social. I have my own interests and opinions which are constantly evolving and expanding through study and travel when possible. I use my work as a tool to continue learning and growing as a human. I study various subjects to feed my brain and this in turn feeds my work. My work can be seen as a reflection of the personal, social and political themes that I am concerned with in the moment of making.

A: How do you think the pieces counter objectification and stereotyping?
AD: By using myself in my performances (as opposed to Klein’s use of women) I present myself as a female in control of her own body, how it is presented and what it is used to create. As a black female, I cannot talk about stereotyping without talking about the racial stereotyping of black female bodies.

Talking specifically about the black female body from a historical perspective and from my own personal perspective, one of the pervading stereotypes is of a hyper-sexual being which is available for white consumption or penetration. This work comes from a very personal place and for that reason, I was at first reluctant to take this path. I have had to deal with the consequences of objectification and sexual stereotyping since I hit puberty. These consequences have included unwanted sexual advances/abuse based on my physical appearance and the added thing of my blackness in predominantly white spaces. I have had real world experience of white men in positions of power overtly fetishising me with the underlying sinister suggestion being that I had to submit because that is what women/girls like me do, regardless of my feelings / lack of feelings towards them. The stereotype of the hyper-sexual black female is still relevant and affects many black women to this day. Being aware of this stereotype has meant that I have worked hard to be aware of how I move and present my body in order to protect myself.

Before I committed to making this work, my main concern was that I could hand certain types of people the excuse to put me into that box. However, intense discussions about these concerns with fellow artist Othello De Souzer Hartley led me to the conclusion that I really must make this work and in this specific way, so I committed to making the studio pieces and performance was the next logical step.

The studio pieces I make are less about that and more about personal family history and colonisation – past and present, so I am not sure that they speak to this question specifically. However, the fact that first and foremost you see my body in any piece may also be saying something to the viewer, but I don’t know, I can only speak to my intention. Once the work goes out into the world, people will see what they will see.

A: How does the sense of spontaneity in the works create a dialogue between yourself and the finished piece?
AD: Spontaneity is important for me because I come from a background which is very disciplined. When I started as an artist 13 years ago, my scientific and business background meant that I was making work in a very controlled way. I would use grids and rules of composition to construct what I now see as very stiff paintings. Making work in a spontaneous way now is the opposite of who I was as an artist then. I now work in a more instinctive way and I feel the work is much more authentic as a result.

A: What projects do you have coming up this year?
AD: In May, I will be going to the America with the Enam Gbewonyo from the BBFA Collective for a project with Adidas. The collective are also working towards a group show towards the end of the year. I will have a solo show alongside UNFOLD Space art festival later this year. 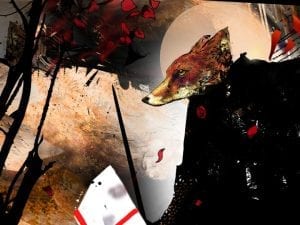 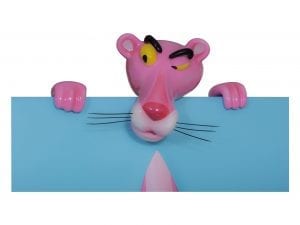 Olga Lomaka plays with recognisable images and products of consumerism, pooling contrasting beliefs to give a second meaning to hidden symbols. 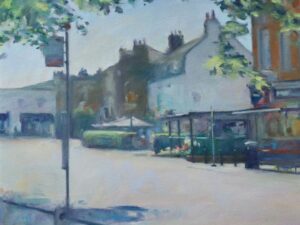 The process of painting “on the spot” is said to have been pioneered in Britain by John Constable in the early 19th century. What does it look like today?