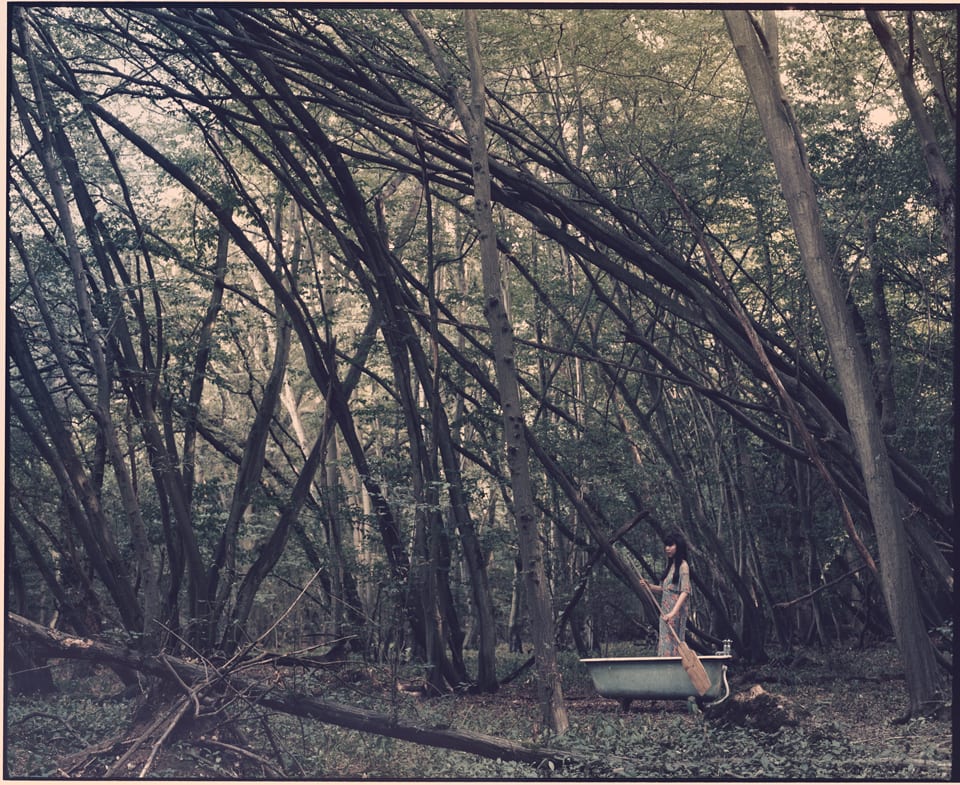 Kushwah’s photography is informed by the Freudian theory of the aesthetics of “the uncanny” (that unsettling feeling which words struggle to describe, yet which troubles the psyche) and by the Surrealists, who were masters of illustrating the subconscious. This meticulously staged image is part of a series titled Memoirs of Lost Time.