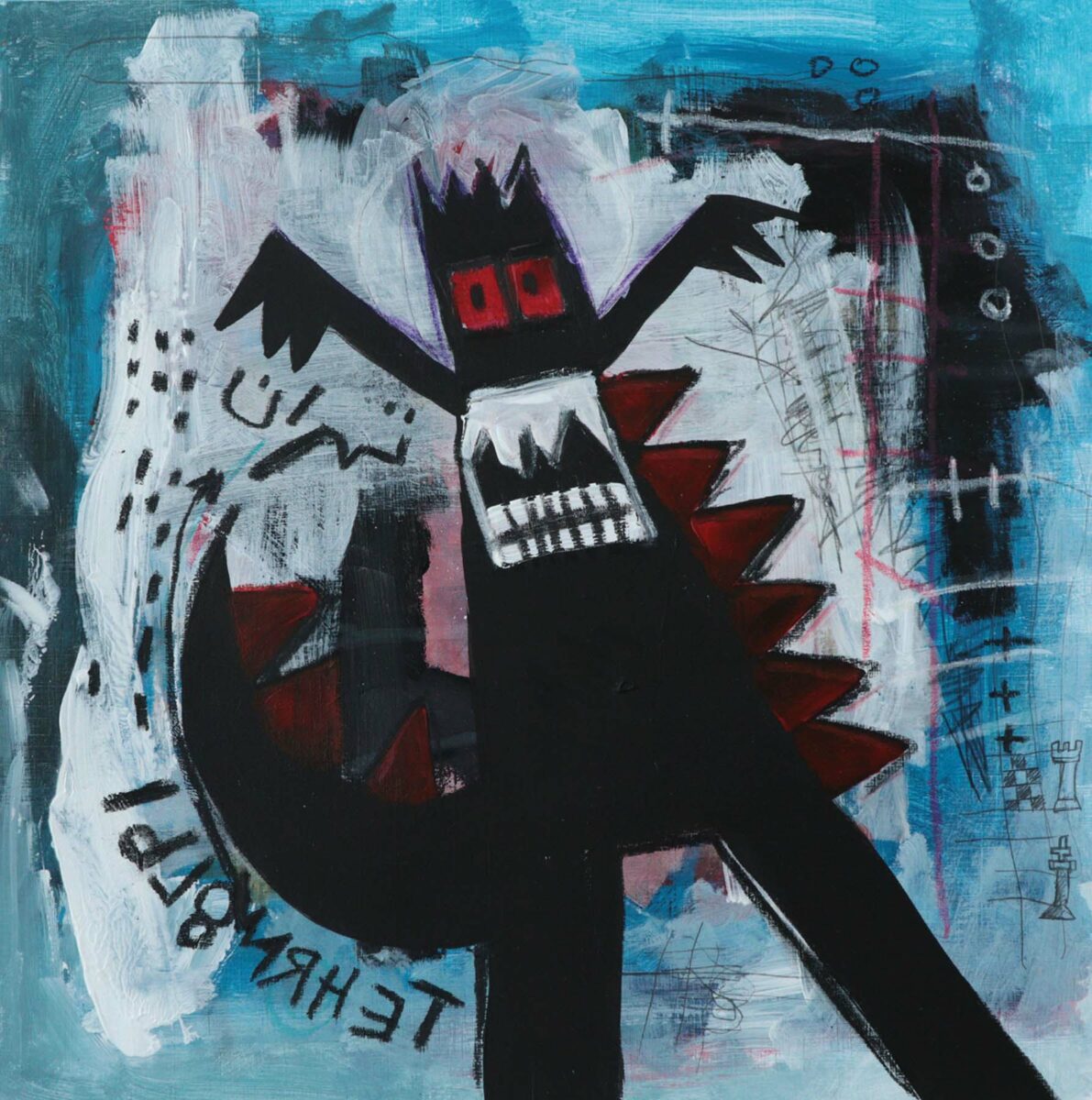 For Shahrokh Nael, arts are a dramatic vehicle. Pictures can be harnessed to tell stories, pulling the viewer into a kind of psychological theatre, in which emotions and ideas are pulled into play and pushed to the front of the imagination. Born in Iran in the 1960s, Nael became a diligent student of oil painting: focusing his attention to the formulation of landscapes, introduced to a variety of European expressionists and post-expressionists. In the late 1970s, revolution was rippling through Iranian society, offering tectonic shifts in cultural expression: freedom, spontaneity and intellectual honesty thus became the cornerstones of Nael’s practice.