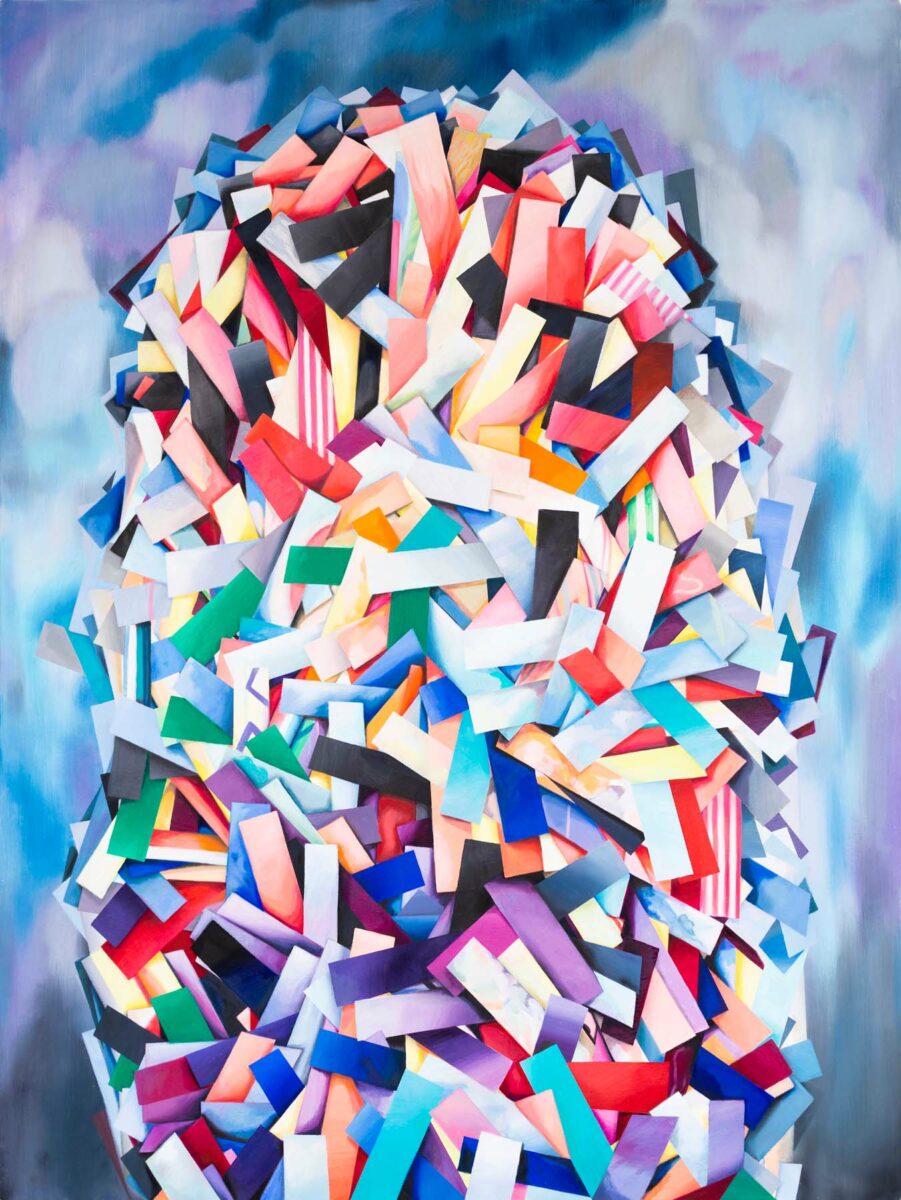 Perdita Sinclair is interested in the dichotomy between the way the human mind confronts complex and serious issues, such as climate change or political corruption, and, at the same time, deals with the trivial ephemera of our everyday lives. Increasingly, in the 21st century, our worlds are becoming blurred, the personal becoming the political and vice versa. Sinclair’s multi-disciplinary works often include drawing from nearby environments: the sea, curves from data graphs, signage and toys left on the sitting room floor. Each fragment of inspiration moulds itself into the composition as if the canvas were its natural habitat: the painting a macrocosm.