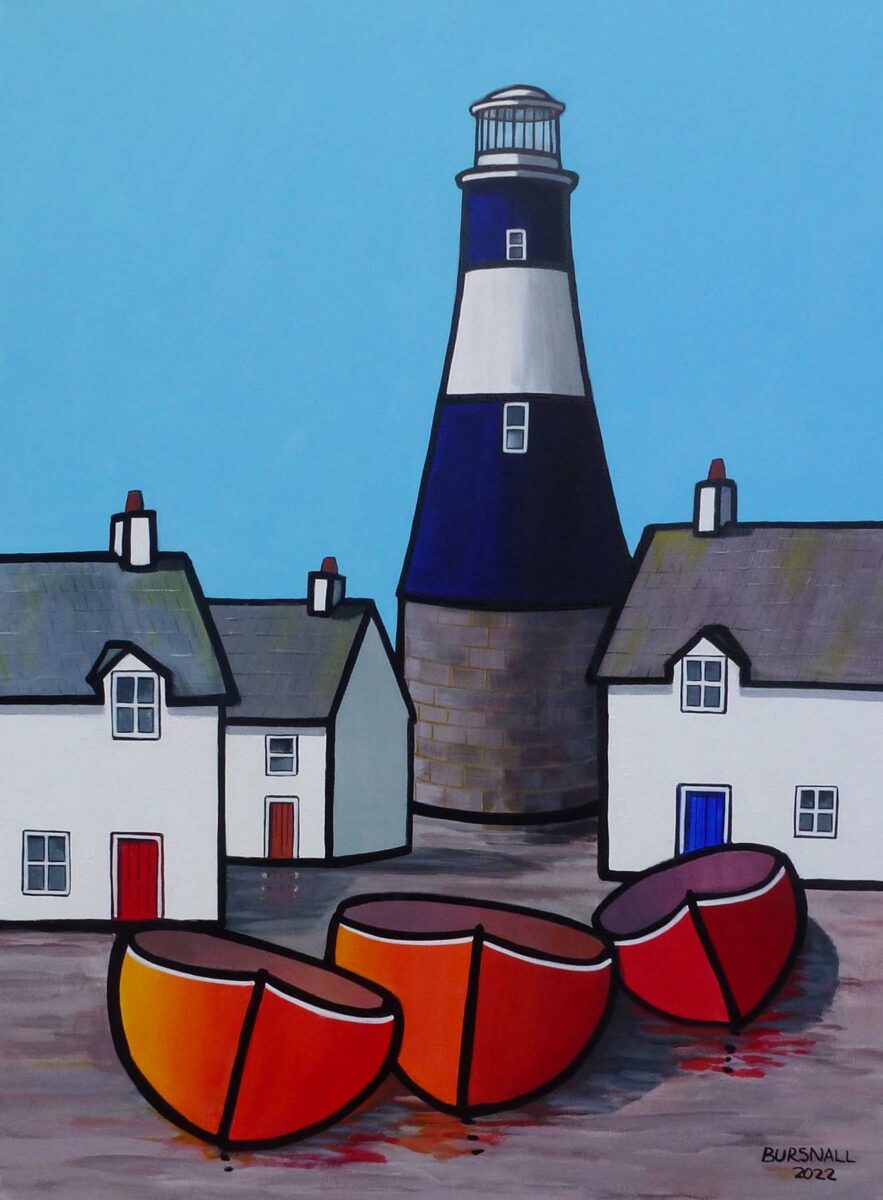 Paul Bursnall is a British artist who combines the unmistakable Naïve painting style with Cornish coastal influence. In 2007, he rediscovered a love of acrylic painting, and has, since then, produced more than 2000 original acrylics – many of which encapsulate a love of Cornwall and its diverse and undulating seascapes. Nautical subject matter recurs across Bursnall’s portfolio, including brightly coloured quays, harbours and boats. Bursnall is a member of The Association of British Naive Artists and has exhibited widely at art fairs, exhibitions and open studios nationwide. He has previously been represented by over 60 UK galleries.