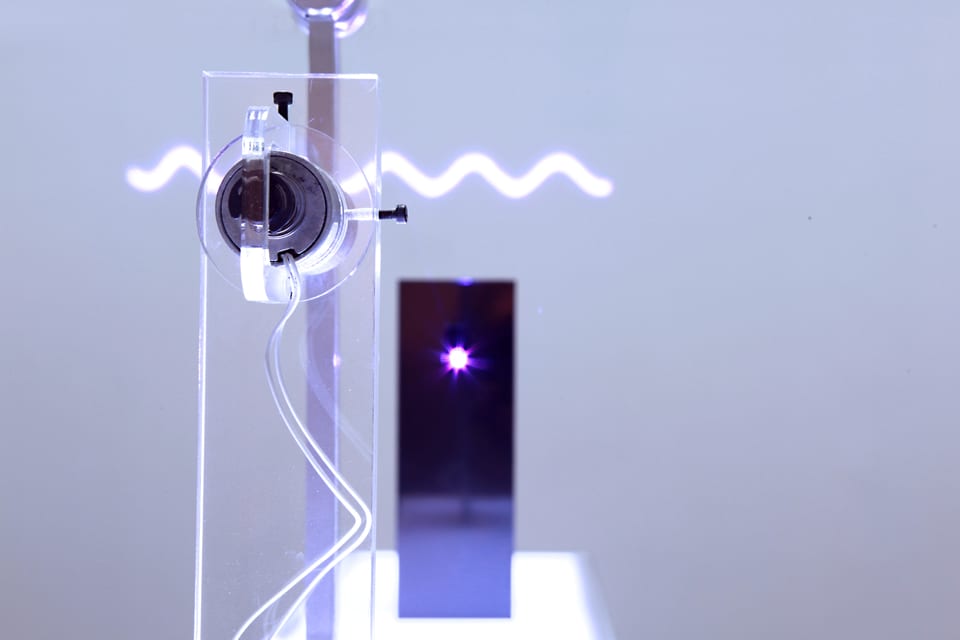 Nicolas Bernier’s concern remains constant: the balance between the cerebral and the sensual. frequencies (a / oscillation) is part of a body of work tracing links between basic principles of physics, visualisation and sound. The installation is a poetic take on the 19th century scientific experiment known as the “Lissajou figures”.