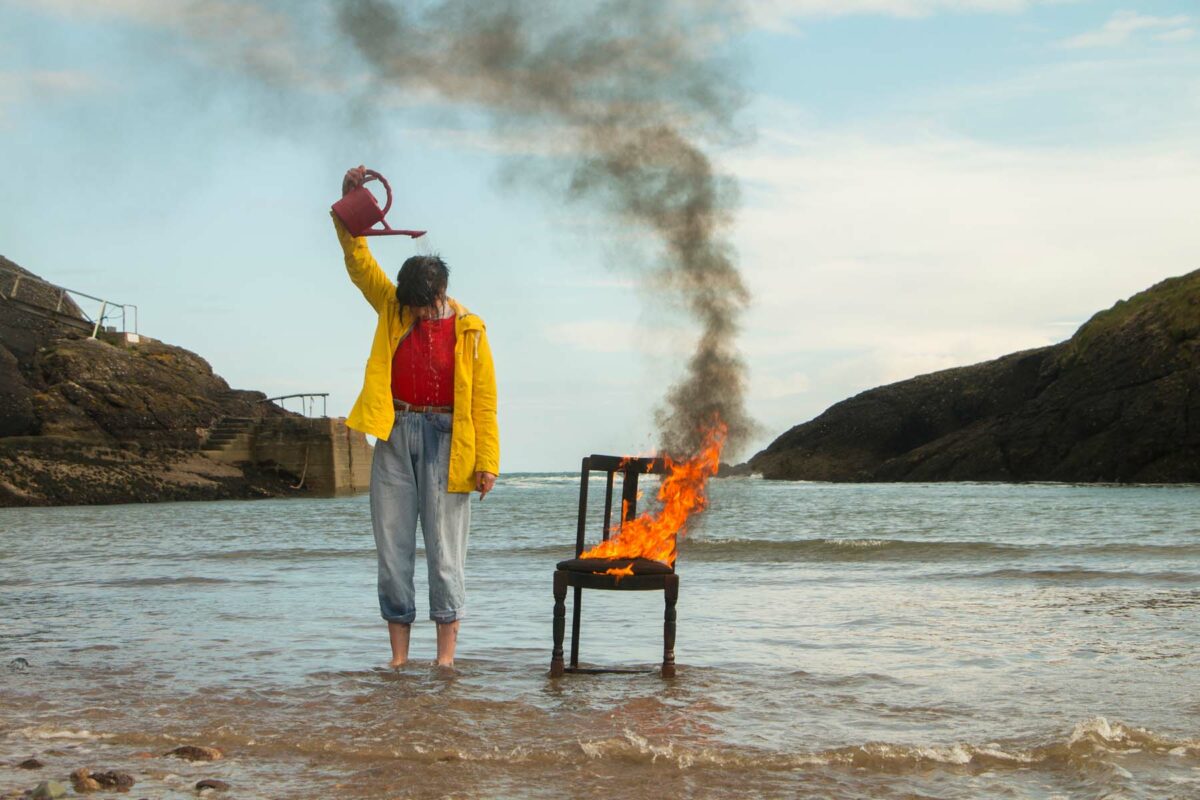 I Swear, I Am Helping

Niamh Swanton is an Irish photographer based in Waterford city. Swanton plays the roles of both character and director in images that depict the complexities of being. Her work is influenced by the intricacies of psychology and dream symbolism, acting through performance and staged photography to build tangible forms of thoughts and emotions. By moving through such territories, she fabricates scenes which obscure the boundaries between imagination and memory. Although the narratives are fictitious, the images act as a catalyst for viewers to question the relationship that we have with ourselves on a very real and interpersonal level.