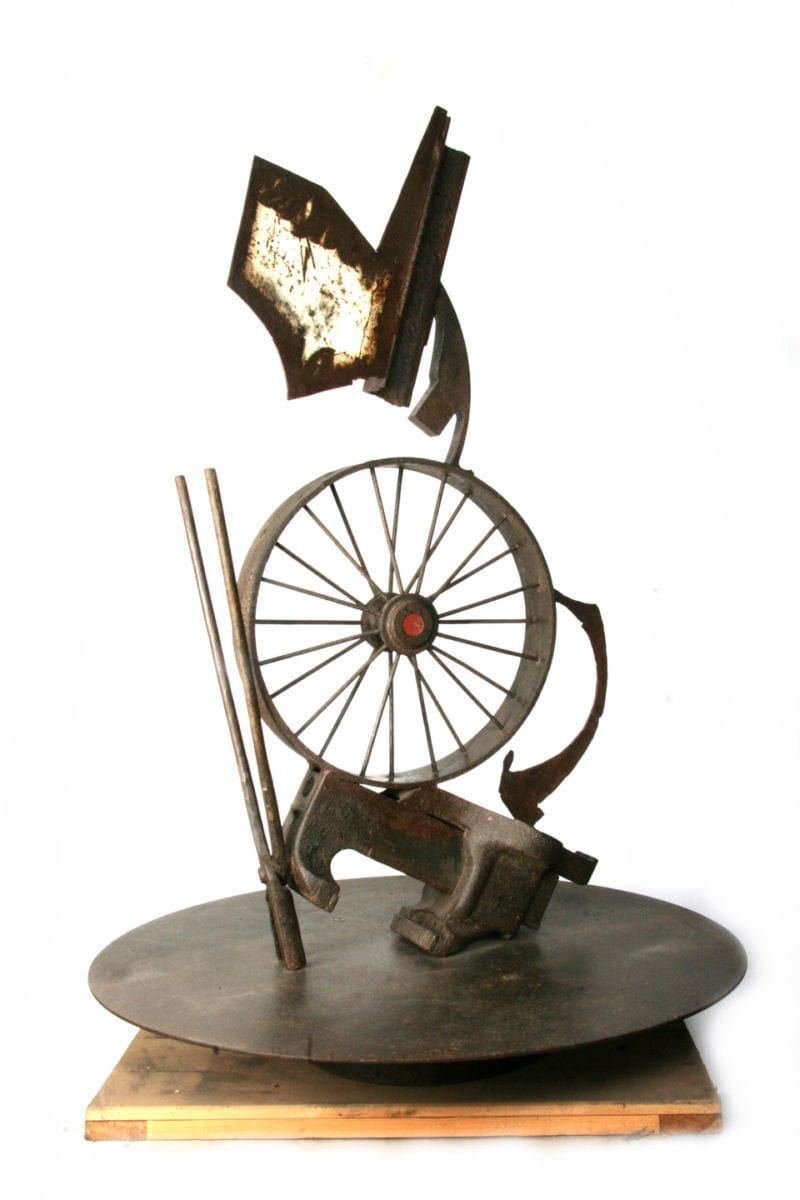 Auriga is part of an ongoing series called the Star Series, based on the stars and constellations and referring to cosmic myths from many ages and traditions. Found and fabricated parts are transformed into new configurations, whilst particular meanings and resonances are discovered through formal explorations over long periods of time.