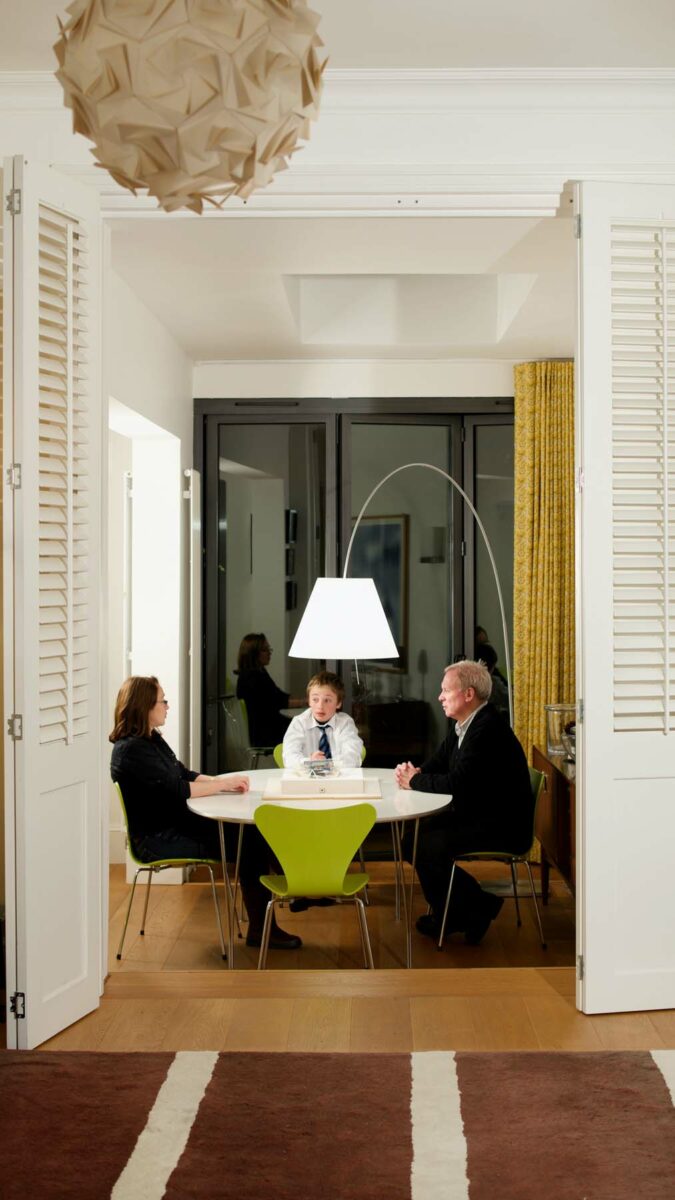 Peter, Shirley and Louis is one example of what Lol Sargent calls “Moving Portraits”. Sitting at the intersection of photography and film, these works are a manifest art form defined as “Tangitals” (hybrid of tangible and digital; framed digital movies). Captured in a single slow-motion event, posed figures first appear to be static, yet there’s the subtle movement of a cantilevered lamp or steam rising from a boiling kettle. Periodically the pose changes slightly, then holds static again. Sargent is exploring tableaux portraiture with moving image, inviting viewers to become the intensified gaze of an artist, replaying the memory of a certain “sitting.”