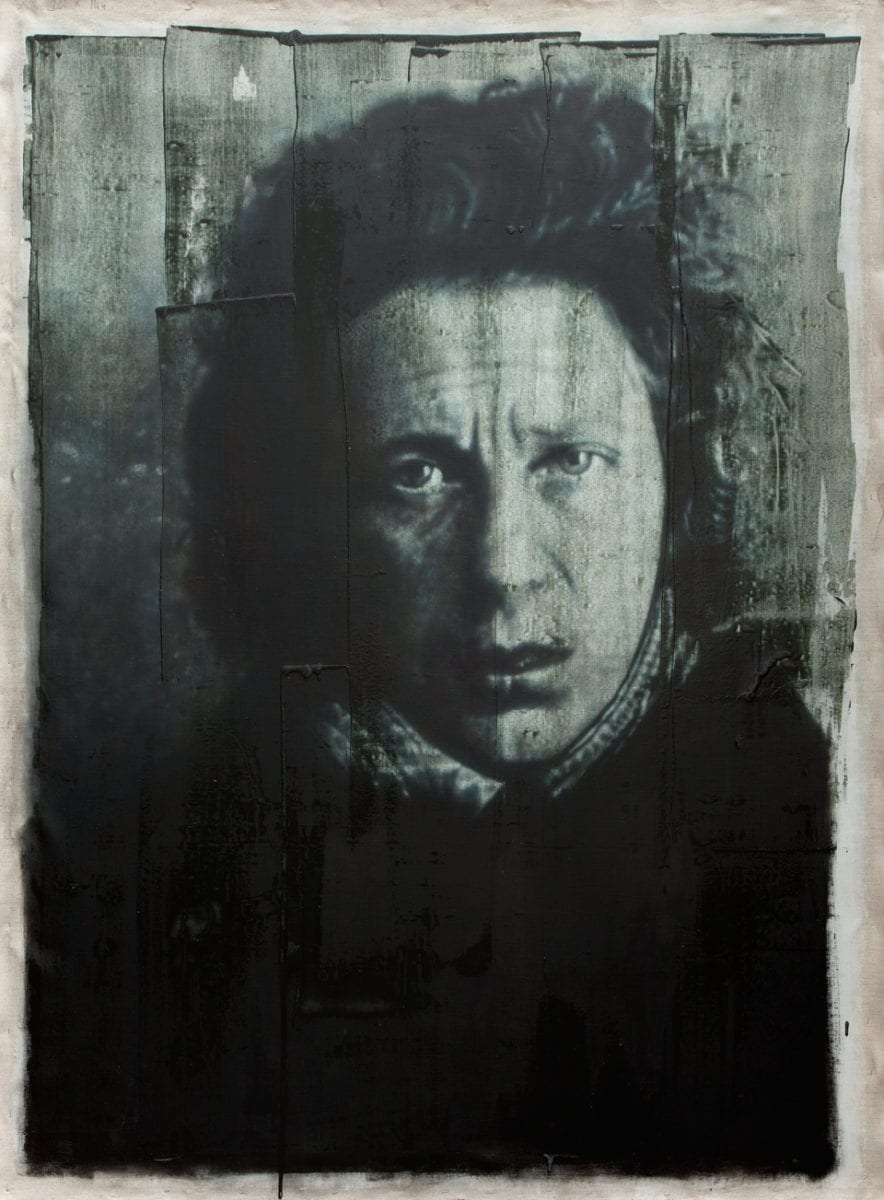 Keane’s paintings draw on images from the great Stalinist terror of the 1930s. They are sourced from mug shots of arrested victims (some well-known, some anonymous) at a time when no-one, from the top of the Bolshevik hierarchy to the humblest worker, was safe from accusation of sabotage, betrayal or political deviation.