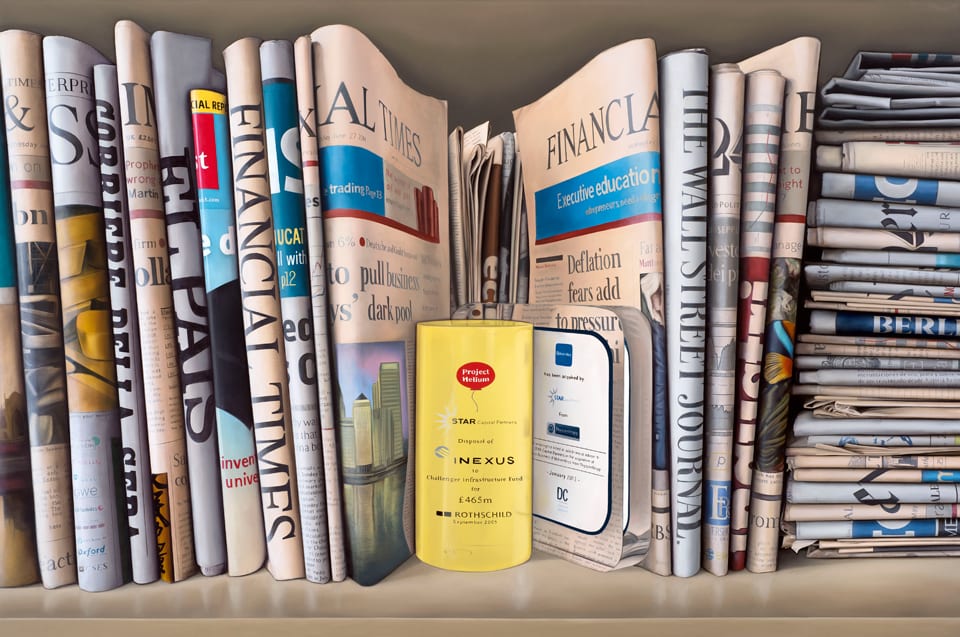 Robinson’s work is influenced by researching in museums and finding objects that portray some hidden characteristics of the collector’s self-identity. Star Newspapers is inspired by the scene in the boardroom of Star Capital Partners, where there are finance and business newspapers from around the globe.