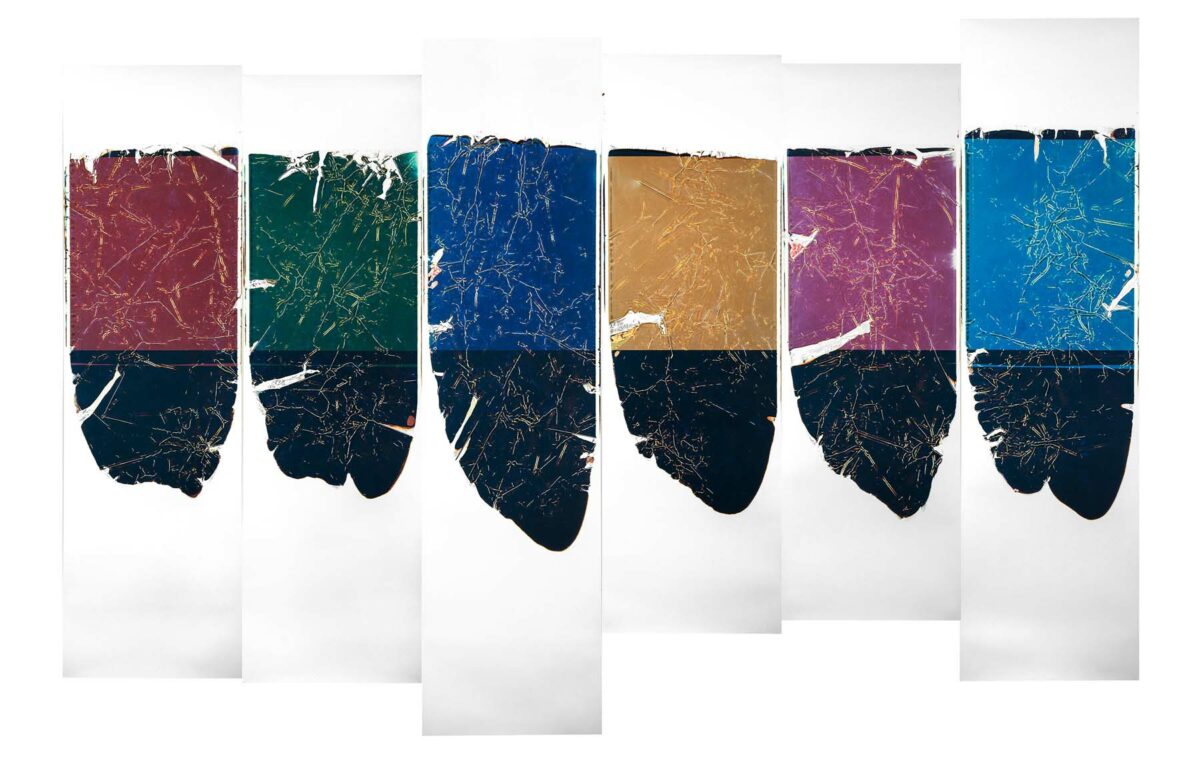 Light’s immateriality continues to challenge practitioners today. The question of analogue versus digital furthers this challenge. What is a 21st century photograph? The answer unfolds somewhere between the 19th century photogram (invented by Henry Fox Talbot) and the Polaroid instant technology made prevalent in the 20th century. Crush & Pull combines the worlds of Polaroid and photogram, made in a “light-tight” darkroom, the “black box” becoming much like the void in Plato’s cave. Crush & Pull links photographic experiments in colour with process, minimalism and abstraction – light in all its variations – often made with “zero” exposure.