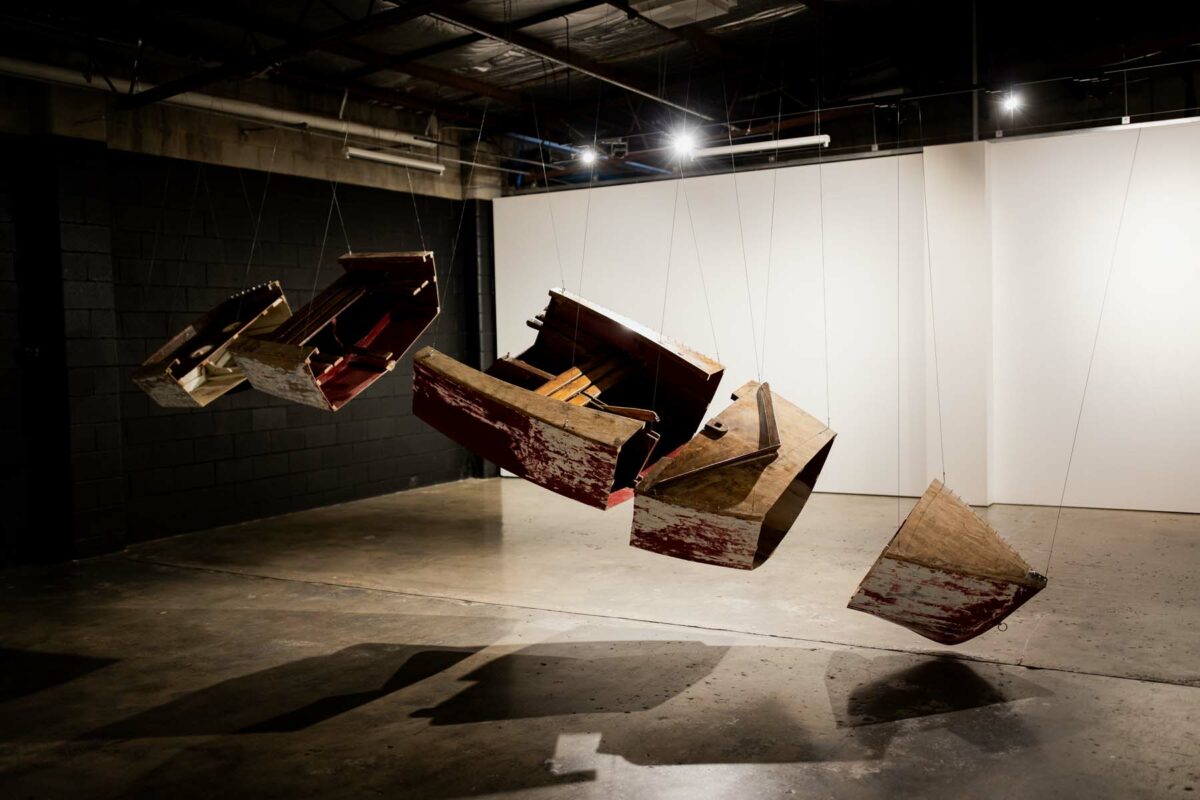 Record of a Boat – skeletal fragments

Influenced by her experiences as a sailor, Edwina Cooper has held a continued interest in humanity’s interaction with oceanic and other water thresholds. She engages with our liminal experiences and resulting attempts at fathoming spaces underwater, responding to concepts and constructs around our relationship with water phenomena. Through embodied research, Cooper explores the universality of water – as an essence upon which we rely and base many of our formative experience. The resulting works make an attempt at regaining conceptual “control” over an organic phenomena that has impacted so deeply on the artist’s life.