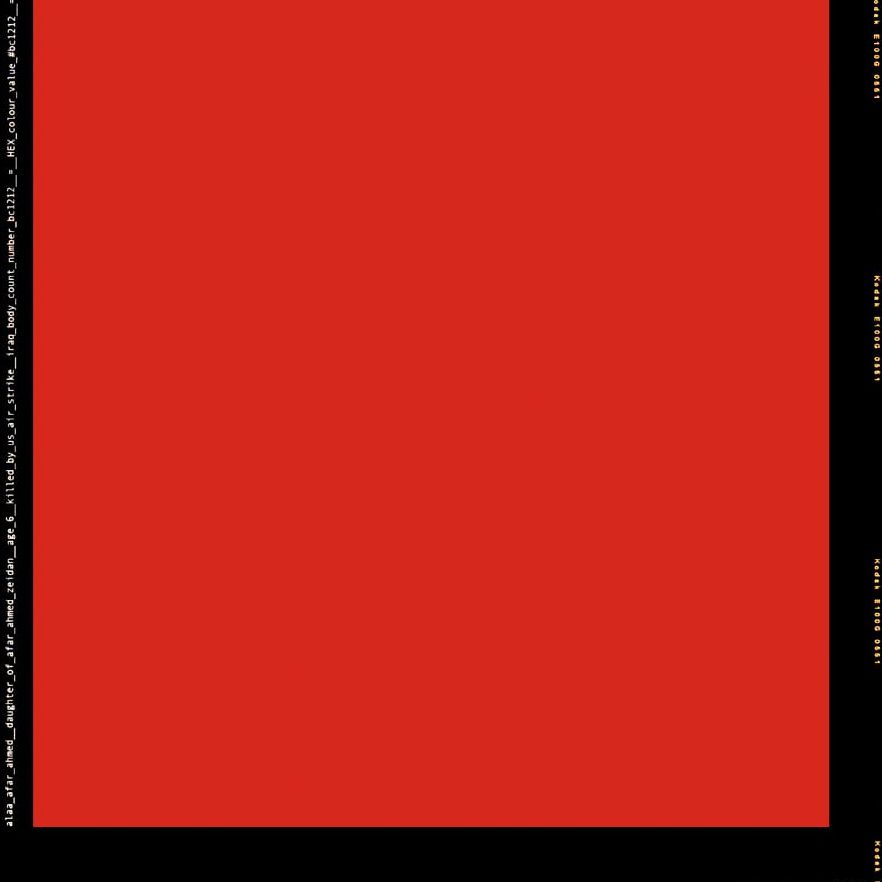 David Birkin’s work reflects on the way war is depicted. At its core is a concern for censorship and the edges of visibility, often focusing on omissions and redactions. Profiles addresses the relationship between spectacle and loss, specifically, the representation of civilian casualties from the Iraq War. Birkin has exhibited his work at British Film Institute, London; Saatchi Gallery, London and Whitney Museum of American Art, New York.