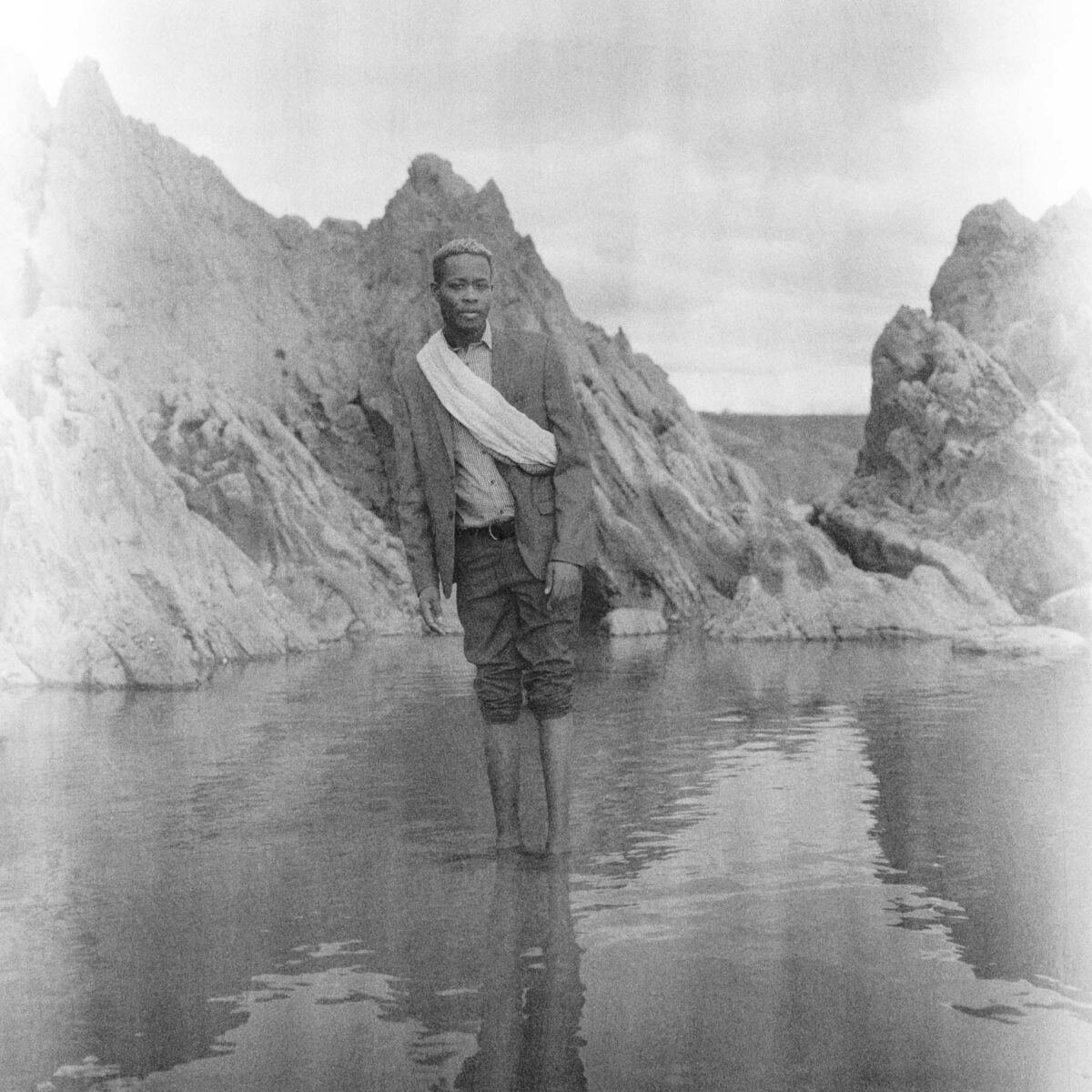 In 1936, Evans-Pritchard toured Western Kenya and took over 300 photographs of people dressed in European clothing. He described those in westernised clothes as “dignified men”, who were “welldressed” and therefore seen as “educated” and ultimately, “civilised”. He referred to those in traditional dress as “primitive”: “uncivilised” and “possessed by spirits.” Cynthia MaiWa Sitei responds to the photographic archive of British Social Anthropologist Edward Evan Evans-Pritchard at Pitt Rivers Museum Database. From here, she embarked on a fieldwork expedition using reverse psychology, playing with time to explore the after-effects of colonialism.