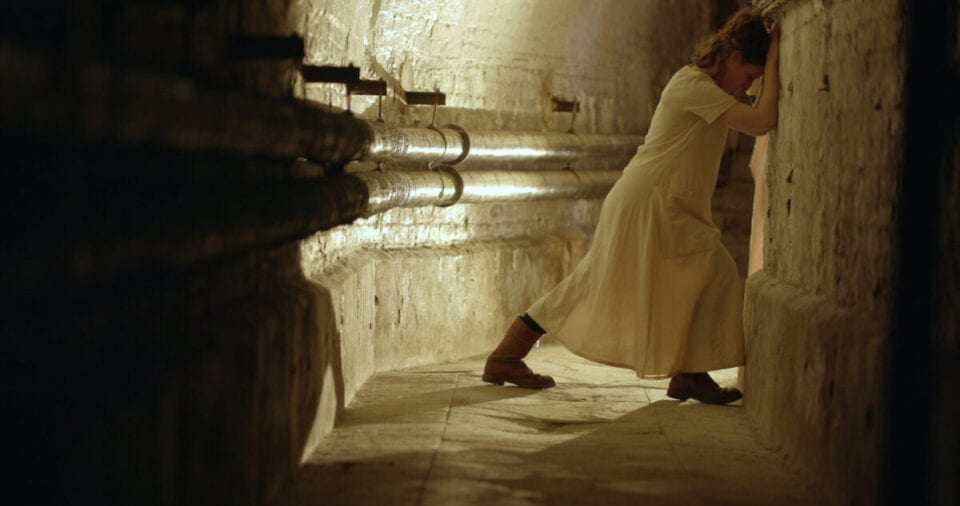 In the Between Space

In the Between Space was filmed in an underground servants’ passageway in a stately home. Choreographed dancers weave, lurch and lunge, recalling the rhythm of workers’ invisible industry. The dancers hypnotic dipping and diving echo the incessant ticking clock soundtrack, a haunting reminder of lives lived and lost. The women resonate and channel the repetition of chores, secrets and lies that underpin wealth, power, servitude and the overlooked conditions of unpaid domestic labour.