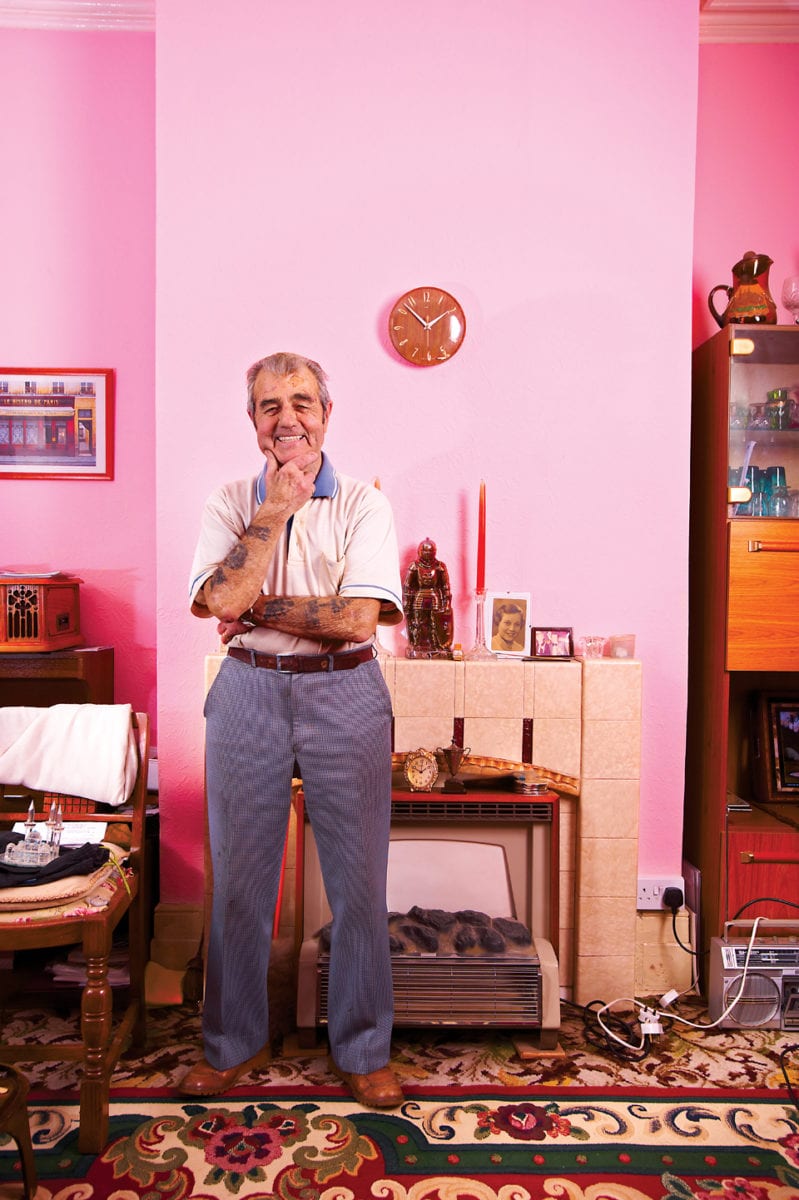 Jack, thinking about his girlfriend is from a series of portraits of people who live near the artist in London. Galloway notes: “Jack was a submariner during the war and was decorated several times whilst serving in Malta. Although 87, he was about to leave his house and move in with his girlfriend; she was a mere 78.”