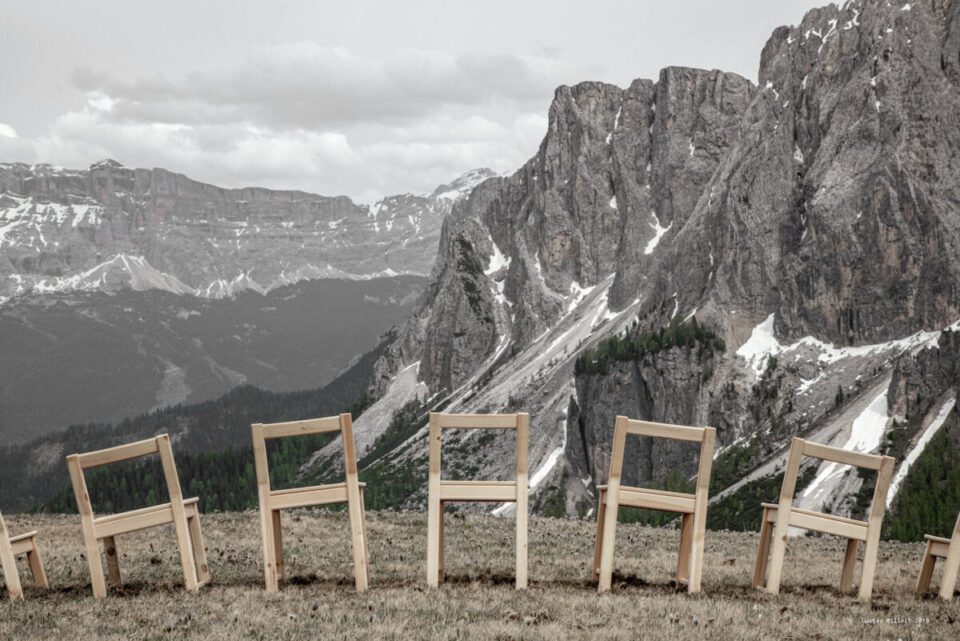 Junín comprises an arrangement of nine identical wooden chairs. Eight of them have been cut, so they may appear not useful, but depending on the context in which they are set, they may just be so. The piece is a metaphor about how “similar” places are not the same, and can never be, because of the slight near-imperceivable changes. Portugal studied Industrial Design in Xalapa, Mexico, and moved to Mexico City in 2015, where he has been working as a furniture designer. In 2016, he received the prestigious grant “Jovenes Creadores” from the National Fund for the Culture and the Arts.