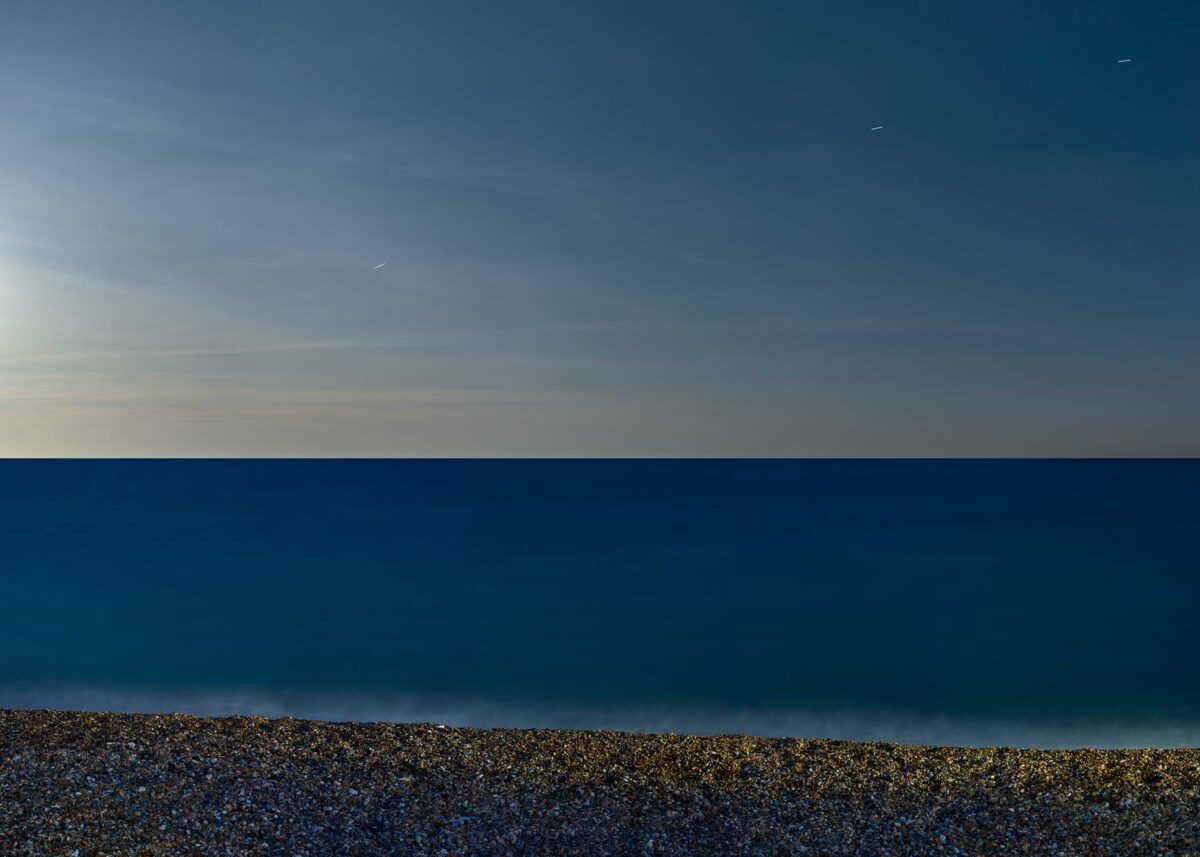 The Impossible Utopia series was started immediately after the Brexit referendum results were announced in the UK in 2016. In this project, Andre Lichtenberg shot the border between the UK and Europe under the moonlight. Each seascape is captured over several photographs in the space of hours – the details of which come together to create the final composition. The artist’s intention is to create large-scale representations of the border that has defined the UK’s recent geopolitical landscape. Here, photography is a tool to provoke and analyse, digging into the politics of visual culture. Lichtenberg is a German / Brazilian artist based in UK.