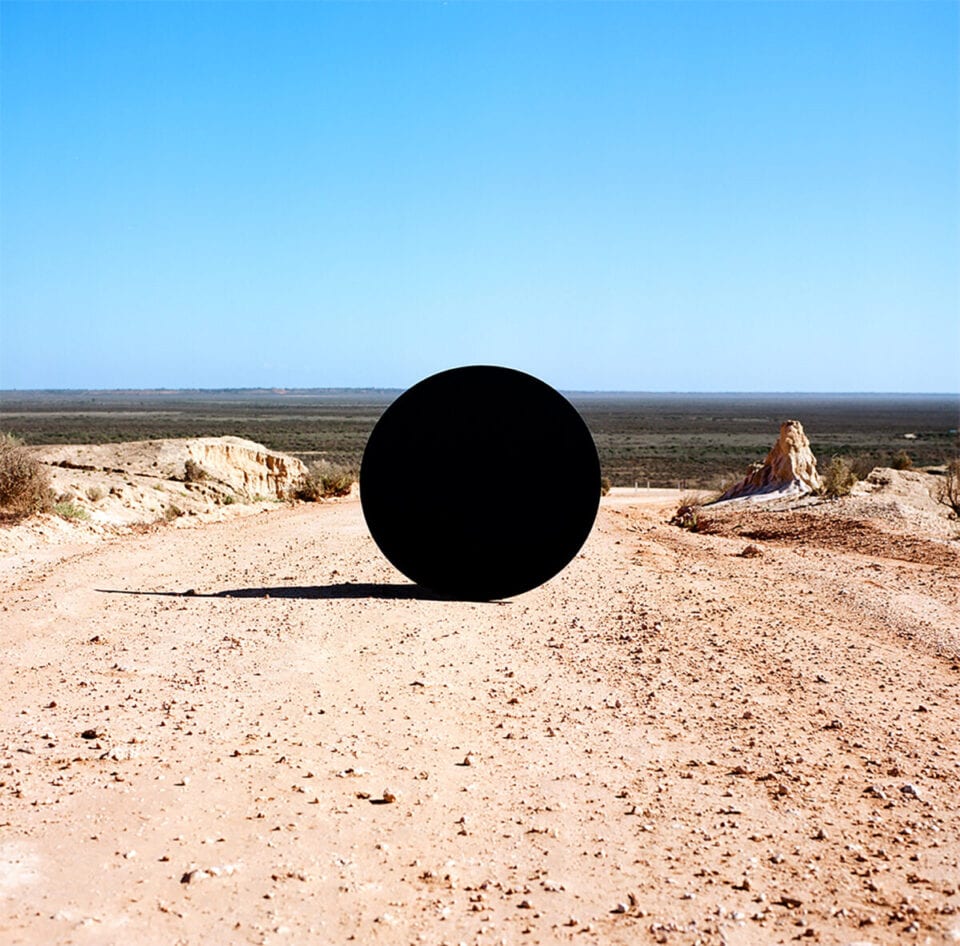 Black Hole was created at Lake Mungo, Australia, on the traditional lands of the Barkandji/Paakantyi, Mutthi Mutthi and Ngiyampaa people. This site represents an important, yet often overlooked, natural landmark within Australia. Since the discoveries of ancient human remains in the 1960s, Lake Mungo has been the location of an ongoing and often tense dialogue between Aboriginal people and descendants of settlers.