Sunlife have launched a new campaign featuring past and present views into notable cities, including Birmingham, York and London. Aesthetica catch up with the company about their concepts behind the insurance, and how the artistic expression of nostalgia brings together its audiences.

A: How do you think that the differences between the past and present day photographs create a sense of nostalgia in their audience?
SL: Whilst the audience are unlikely to have been around during the time the past images were taken, the photographs do awaken a sense of wanting to look back into their own past. They will begin to consider how their environments will have changed, which is guaranteed to evoke a warm sense of nostalgia for times they once knew.

The concept of this nostalgia is most inflicted on someone when a real sense of past connection and belonging to something occurs. Someone seeing a photograph of a place they recognise or identify with in some way brings a feeling of past pleasure with a hint of sadness that those times have now passed.

A: Do you think that the photographs demonstrate reflect a changed perspective on life, reflected in their viewers?
SL: Photographs help to take you back in time, usually the memories we remember are happy ones. So they can encourage positive feelings from the time it was taken, this giving a slightly altered but positive spin on the viewers’ perspective.

A: People seem inherently interested in their own environment and how it has changed around them (and also how they have consequently changed). What is it about this sense of personal development that you think sparks creativity and imagination?
SL: If you change the way you look at things, the things you look at will change. By placing these images of a changed world next to one another, people will begin to explore the changes they’ve created, for themselves, in their own lives. Once you begin to stir these thoughts, additional changes and further plans for the future will surely follow. Personal development is a representation of how people are able to make strong decisions to change themselves; knowing that you’re capable of this is the ultimate motivation to continue to do so.

A: How do you think the images respond to notions of the future, despite not depicting it in any way?
SL: The response of the images, to notion of the future, is one embedded in thought and forward thinking. The two images present simply one leap in time, the further leaps in time, or those that were in between, are determined by the human psyche innately endeavouring to fill in the gaps or work out the next steps.

A: The changes displayed in the photographs showcase a sudden movement and progression in technology and the ways in which we share information. What is your intention behind showing such rapid steps forward?
SL: Our intention is not to poke fun at, intimidate or frighten our users with this explicit depiction of rapid change. But rather this content is designed to highlight the respect and admiration we have for the past. The future of our children and grandchildren will be impacted by our present, so in a sense this content is designed to stimulate the thought behind the bigger picture. Our current position in life is not mutually exclusive of a time gone by; every move we make could lead to a steady or rapid change for the future, which should not be feared, but anticipated with great excitement.

A: The photographs succeed in being both relatable and in some ways universal, tying a number of cities into the same present day visions of advancement. How has your campaign sought to demonstrate a sense of relatability?
SL: The modern day United Kingdom is divided by so much, from attitudes and accents to how we take our tea or even how we refer to the word tea. This campaign showcases how our foundations have been, and continue to be the same as a nation. Images from the past showcase the hardworking, aspirational nature of Britons and the modern day images highlight the fast pace world we now all live in. The essence of relatability from this tool comes from the fact that the places we call home, have all changed significantly. No one is immune from this change or the strong sense of nostalgia this campaign will evoke. 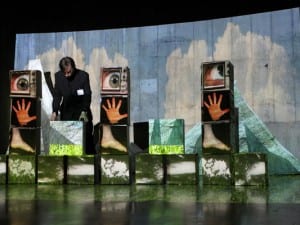 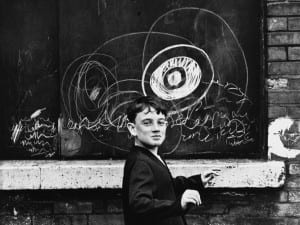 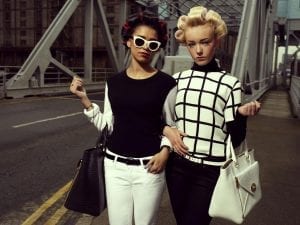