Taking its place in Chapter’s 2011 roll call directly after Resident (30/10/11 – 06/11/11), WITH Collective’s über-conceptual Autumn show, Paloma Varga Weisz’s solo outing at the Cardiff gallery is a difficult one to approach. The former exhibition had seen the café extended into the gallery space, but with the latter the habitual reverent hush has returned. Now, nine ceramic objects and one somewhat anomalous watercolour sit (or perch) in vast pools of white space, each one looking heavy, mute and sullen. In a text accompanying the artist’s 2007 show at Vienna’s Kunsthalle, Angela Stief wrote of Varga Weisz’s work, that “it requires the classical, pre-modern conditions of observation and feeling, of contemplation of the opening up of the works of art and an atmosphere of stillness”. Her advice is appropriate, and there seem to be few alternatives in confronting this artist’s output. But what are we to expect from opening ourselves up in this way?

A great deal of affect, for sure. The surfaces of Varga Weisz’s ceramics seem to smoulder with angst. This is as much an observation of the artist’s rough approach to moulding and glazing her clay as it is a figurative assessment: with the exception of Volcano (2011), Varga Weisz’s subjects are all human, and the haunting effect of such an evocation of roughshod, damaged flesh cannot be easily ignored. A degree of cathexis may well have intruded here – while attempting to find a way into these sculptures I was simultaneously negotiating an agonising toothache. But the effect of Varga Weisz’s work seems equally dependent upon canonical iconographies of suffering: Kneeling (2011) carries the melancholy charge of monumental dedications to the war-widowed, a trope which itself casts its memory back to medieval depictions of the bereaved Virgin Mary. The palimpsest of history and its representations seems to speak through the soot-black glaze that covers this figure’s face, from which her eyes, nose and mouth are eerily picked out in white.

It is significant that this figure is positioned in such a way that we are forced to look down on it. Throughout this show, the craning of the viewer’s neck is repeatedly milked for emotive effect. The contemporary comes flooding in to Varga Weisz’s otherwise stolidly traditional practice with this gambit, for it implies an engagement with works as conceived from the vantage point of a curator. What looks at first glance like a series of passive, autonomous, craft objects opens out onto a more experiential plane: hung high up on the back wall of the main space, the platinum-coated Father, Young (2011) reads like a frustrated, childish interpretation of parental megalomania; while the air around Mother (2011) crackles with a charge of profound alienation, the sort that can only be experienced while looking down upon the person that gave one life as she lies, prostrate, vulnerable, and surrounded by childish wallpaper patterns. Walking round Spirits of my Flesh is like being sucked into the artist’s own psycho-biographical vortex, and it is to Varga Weisz’s credit that she has worked this degree of affect from a subtle tweaking of the white cube’s normative display model.

It is also to the artist’s credit that this psycho-biographical vortex never becomes banal, a common pitfall after more than a century of psychoanalysis. Even with knowledge of Freud’s theorisation of the Elektra Complex and its attendant anxieties in mind, the disembodied-head-in-a-pail that is simply titled Father (2010) is still a powerfully strange object to confront. This may or may not have everything to do with a suggestion that, once again, the traditionalist Varga Weisz is subtly opening the floodgates to contemporary discourses: looking down into this work lucidly evokes the famous scene from the 1995 thriller Seven, directed by David Fincher, in which a box revealed through reactions and dialogue to contain a severed head triggers the film’s denouement.

If there seems to be an imperative in this review to glean aspects from Spirits of my Flesh that situate Varga Weisz’s work within identifiably contemporary concerns, then that should point to what is so prickly about viewing the works on show here. It is easy, and somewhat entertaining, to pull apart Varga Weisz’s traditionally executed works for their art-historical associations – here a Fontana or a Giacometti; there a Rodin and a Grünewald. This somewhat melancholy exercise in referential relativism – one inevitably turns here to the artist’s compatriot, Gerhard Richter – is what might seem to be the determining factor in Varga Weisz’s formal preoccupations, but only at first glance. Neither can her historical reiterations be tied down to the mere spectacular appeal of anachronism. Rather, the historically rich but contemporarily devalued materials from which the artist creates her sculptures suggest an exercise in trans-generational contact that is entirely in tandem with her choice in subject matter.

This affective dialogue with previous – but not lost – generations seems emblematic of a movement within the art world as a whole, into which might also fit Dominik Lang’s installation for the Czech and Slovak Pavilion at this year’s Venice Biennale, where the artist displayed sculptures realised by his father in Eastern Europe’s heyday of Modernism; and Becky Beasley’s 2009 work Brocken, a hinged wooden sculpture whose dimensions are based upon the arm span of her own father. These artists may in fact be illustrating a prediction made by Benjamin Buchloh in 1998, that an era in which all forms of material practice have been more or less equally devalued might prompt among artists, “a more conciliatory approach to the continuing viability of the genres”, and “more moderate claims concerning the social consequences of artistic strategies at large”. It is the jarring tension between the hospitability of Varga Weisz’s works to both the recent and the distant past, and the disorienting personal affect that pours out of it, that makes spending time with this artist such a vital proposition.

Taking its place in Chapter’s 2011 roll call directly after Resident, WITH Collective’s über-conceptual Autumn show, Paloma Varga Weisz’s solo outing at the Cardiff gallery is a difficult one to approach. 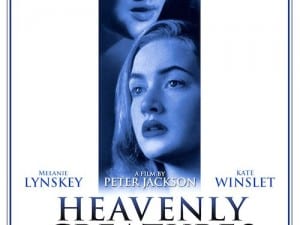 Heavenly Creatures is the film that launched Peter Jackson and Kate Winslet’s careers internationally. If it isn’t in your collection, now is the time to add it.

Taking its place in Chapter’s 2011 roll call directly after Resident, WITH Collective’s über-conceptual Autumn show, Paloma Varga Weisz’s solo outing at the Cardiff gallery is a difficult one to approach.