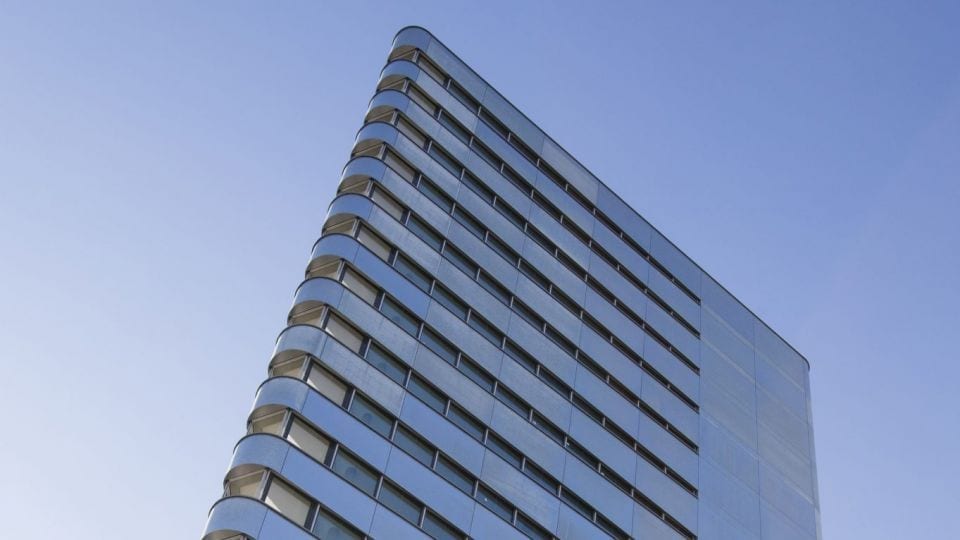 Two new projects from Christ and Gantenbein add to Switzerland’s architectural heritage with an appealing mix of structural assurance and environmental sensibility. The Basel-based studio – “architecture’s boy wonders”, according to the Architectural Digest – is becoming well-known for its careful, almost delicate, use of concrete and metal. Last year, their addition to the Kunstmuseum Basel, a major commission, opened to critical acclaim.

Aquila, a mixed-use tower in the busy train station square of Pratteln is notable for its use of materials and thoughtful design. Wood is used for its parapets, making it the first tall building of its kind in the country to employ such techniques. With its podium and 20-storey residential tower, it forms a striking but sensitive addition to the urban fabric: the exterior consciously – and literally – reflects its industrial surroundings through the use of a polished metallic surface. The shape of the structure, and the layout of the living spaces inside, is the result of extensive research into noise pollution, and represents an attempt to address the proximity of the loud railway. The overall effect is modern and cohesive.

The List Customer Center, set in the countryside around Arisdorf, has an arresting and deceptively light presence. The outer walls are panelled in aluminium, which provides an especially distinctive silhouette in the rural location. Inside, the sloping saw-tooth roofs allow the sun to filter through, creating a beautiful space for the day-to-day activities of List AG, a world leader in dry processing technologies. The entrance foyer and meeting rooms offer social spaces, whilst scientific activity is housed in purpose-built laboratories. Combined, this all makes for a welcoming, yet sleekly professional aesthetic. 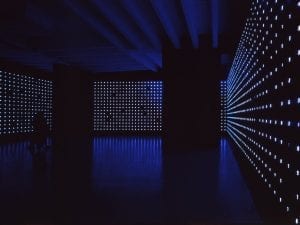 Part of the Sydney International Art Series, Connect with Everything is Tatsuo Miyajima’s first major solo exhibition in Australia. 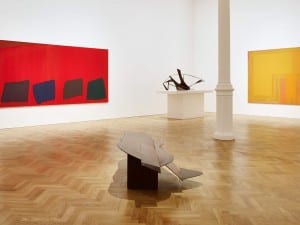 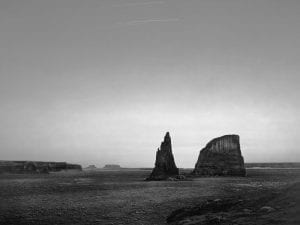