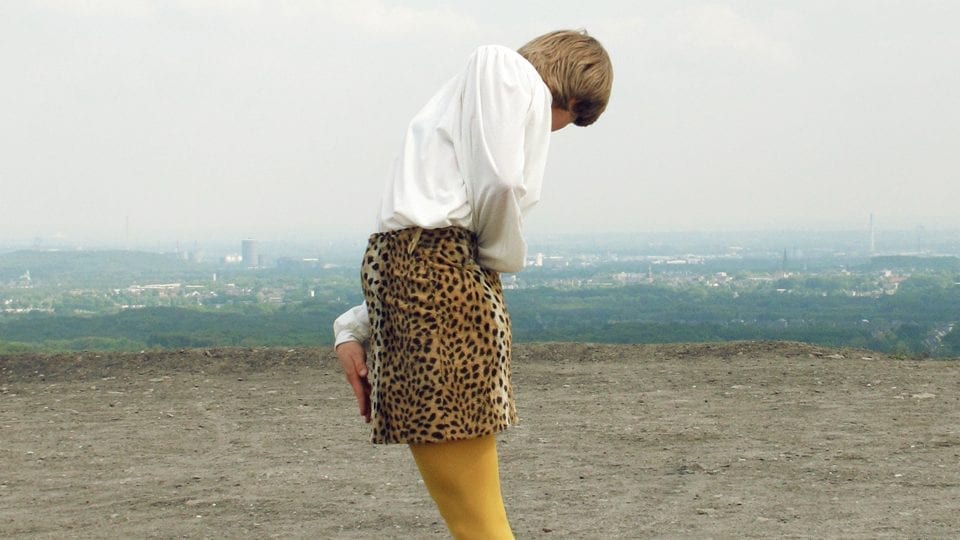 Charlotte Jansen’s anthology of women photographers investigates the very notion of portraiture and assumed perceptions in the 21st century.

“Everything that women do is eventually fetishised in some way because we are still living in a patriarchy,” explains British Sri Lankan author Charlotte Jansen: “The media of the moment is no different in how it deals with image-making – the fact that women are now photographing each other more than ever is being sensationalised, and therefore understood as something vain, or commercial and of eeting interest.”

In recent years there have been successful protests against the way that the media represents the female form. In 2015 there was the famous petition against Protein World’s advert “Are You Beach Body Ready?” featuring a bikini-clad, tanned and toned model pasted across the walls of the London underground, which led to mayor Sadiq Khan’s banning of body-shaming on the tube, and Page Three is long gone. Still, images of women for public consumption predominantly present the demure and petite or the polished and sexualised, with the appearance of the face and body inevitably receiving more attention than the intelligence, creativity or professional achievements of the individual.

These forms of imagery conform to the popular de nition of the “male gaze”, which has been held responsible for objecti cation for centuries. Where this type of voyeurism has become synonymous with exploitation, the “female gaze”, meanwhile, might conjure ideas of celebration or empowerment – yet these themselves are more clichés which can diminish the complexities of what it is to be a woman.

Rather than ght the male gaze with a series of overblown, stereotypically addressed images, Jansen’s new book Girl on Girl: Art and Photography in the Age of the Female Gaze looks in depth at the diverse positions of women all over the world through documentation by, for and in defence of the gender. Over three years, Jansen interviewed 40 practitioners from 17 different countries; she had collected people’s names through her work as a writer, editor and curator for a decade. Whittling the list down was a difficult task, and whilst some might think that there is some kind of cohesion to be found between the selected contributors, either through thematic content or political sentiment, this is far from the truth.

As she affirms: “The contributors are not all feminists and they don’t all talk about the concept of femininity. The message we usually get from the media is that this is the only thing that women artists want to talk about. I wanted to show that that’s not the case at all, and that many women are frustrated by that interpretation. What connects them is that they choose to document women – it is the one simple thing they have in common. The book is an attempt to see what the outcome of the link is, how it might affect us and how we perceive the female figure in real life.” Whilst political upheaval is shifting social strata in dramatic and unprecedented ways, this isn’t necessarily the reason why the text was put together. Girl on Girl is not an agenda to give voices to underrepresented women, nor is it a text which exists to demonstrate a specific ideal. It is a manifesto for the technological age – a vital example of self-reflection. Where an increasing number of people are taking and uploading pictures of themselves to an ever-expanding universe of data, and the camera has become a readily accessible medium, a widespread sense of anxiety is emerging, one which is filled with new and complex forms of judgement and speculation. So why put together a text like this, and why now? Jansen explains: “I got into a fight on Twitter about feminist selfies and how they are used online, and I realised I had a lot of prejudice about the images women make of themselves and others. It made me want to investigate the social effects in a more meaningful way.” The idea grew into a larger venture, one which sought to question the very notion of perception and provide an antithesis for the voyeur – instead offering a celebration of the contemporary creative practitioner.

The volume as a whole is not to be taken as a guidebook, or an argument for the responsibilities that practitioners have towards their artwork. “I think women artists should have the freedom to express whatever they want to and not have to explain it – just as men have been able to do,” states Jansen, who also negates any sense of collective motive or political agenda to address certain topics. The works are not thickly layered with political intent, even if the artists might have these kinds of intentions on a personal level. When asked about the sense of responsibility artists might have to tackle current issues, Jansen offers: “Not any more than we all do.”

This dynamic contribution from publisher Laurence King should be seen as an experiment – one which takes the reader on a journey through visual and mental stimulation. The diverse and beautifully presented images range dramatically, from Tonje Bøe Birkeland’s crisply detailed shots across Greenland, Mongolia, Bhutan and the mountains of Norway to Iiu Susiraja’s comedic and satirical self-portraits in which a teacup is balanced on one breast, and from Isabelle Wenzel’s documented performances, which reduce the clothed body to a colourful sculpture, to Juno Calypso’s sexualised yet haunting stills from the rooms of a Pennsylvania Love Hotel. Calypso, a 27-year-old London-based artist, has been inhabiting an alter-ego named Joyce since 2011; in 2015 she took Joyce on a honeymoon to the USA, explaining that “my first thought was that I’d be out of my mind to go all that way to take some pictures, but after failing to find anything similar in Europe I knew I’d be even crazier not to go.” Prepared for a solid week of 24-hour shooting amidst lurid props such as a pink heart-shaped bath and a curved wall of infinity mirrors, Calypso packed a suitcase of wigs, body paint and wedding lingerie and told the hotel she was a travel writer. She adds that “eager for a good review, they handed me keys to every room in the resort. I exploited them all, and so we find a character, or an array of imaginary figures, in solitary moments of preparation and anticipation.”

The resulting series, The Honeymoon, is humorous yet strikingly accurate in communicating emotions around female sexuality. Joyce finds moments of fulfilment in performing, appreciating and investigating her own figure; elsewhere she appears crest-fallen in space purpose-built for a commercialisation of romance; and at other times she is seemingly exhausted by the expectations of her chosen environment. The themes exist as a rich tapestry, much like the experiences of women as a population: “The Honeymoon is about so many things: fantasy, fulfillment, loneliness, love and the social expectations that women are subjected to.”

The series has been likened to that of Cindy Sherman: “Women dressing up and taking pictures of themselves is a historical, global practice [so] why is there only room for one artist to be doing this?” Indeed, several of the contributors use their body as the material of their practice; however, like a painter using oils to create a portrait, they are not the subject. Where Calypso is her own medium, and Joyce forms the content of the collection, German practitioner Isabelle Wenzel works with her own figure because she “was stressed by the idea of the photographer as someone who goes out and explores the world. I didn’t want to explore the world.”

Although it may not often be spoken about as such, photography is a social practice – involving casting models, corresponding, and shooting together for hours – and there is also the model’s own expectation to take into account. This social interruption, Wenzel notes, had become disruptive to her career and so in 2011 the artist decided to work entirely by herself, liberating her to capture contorted bodies in strange settings, as the discomfort is all her own. As Jansen affirms: “She simply uses herself because it allows her the most control over the image and the most freedom, at the same time.” The pieces are entirely about physicality, rather than the individual, supported by the fact that a face is never presented. “I’m not interested in feminism,” Wenzel states.

As previously mentioned, this is a common statement amongst those involved in Girl on Girl, and in fact the catalyst for the whole publication lies in avoiding the charged word, even though it appears printed across a pair of powder-pink cotton knickers. The offending item appears in an image taken by Israeli-born, US-based Mayan Toledano, and the wearer is a topless young woman, who lies face down on her marshmallow-pink bedsheets, a awless bare back dappled with glittery rainbows, butterflies and shooting stars. Jansen admits that this image initially “made me angry” yet through her anger came the recognition that she, like many of us, were subjected to a – very quickly assumed – negative response. As we are so used to looking at images of the female form which are employed to sell products, brands and lifestyles, and are constructed to cause anxiety and envy, our understanding of how to take a feminist portrait is confused and deeply contentious: is the gender specificity of the image created in its conception or the way it is received?

As Toledano’s saccharine shots of 21st century teens – spurred by contemporary girl-power and accessorised with scrunchies and lollipops – prove, the feminine can indeed be feminist. The practitioner explains that her images are in fact a reaction against her experience of fashion school, where she was expected to reject “girly playfulness in order to be taken seriously” – as if “girly” is the antithesis of powerful, determined or strong. Toledano produces images for the clothing brand Me and You, and for 45,000 followers on Instagram, breaking free from what femininity is perceived to be – “the one-tone female that is usually represented in mass media” – instead allowing women to “love themselves, to be sexual, hormonal, vulnerable. Any form of exposure is empowering as long as the creator considers it to be.”

After prompting the project three years earlier, Toledano has made it into the book, with Jansen explaining: “she came to see the knickers as the beginning of an imperfect but very important process of emancipation.” This text, too, is the beginning of a movement to address the bias toward male artists, writers, filmmakers, and to further the gender balance of the names on the bookends. As Jansen notes, whilst there may in fact be little difference between how genders photograph each other, women “have the right to self-objectify and to exploit without critique, just as men have been allowed to do since the earliest forms of expression.”

Girl on Girl: Art and Photography in the Age of the Female Gaze. Published by Laurence King. 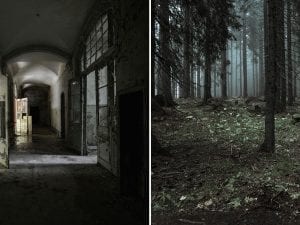 Gabriela Torres Ruiz is one of the shortlisted artists in this year’s Aesthetica Art Prize. Her diptych #1, from the series Silence, was exhibited as part of the showcase at York St Mary’s earlier this year. 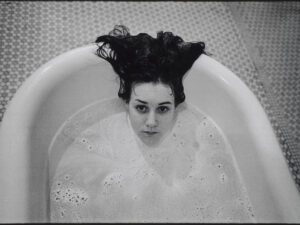 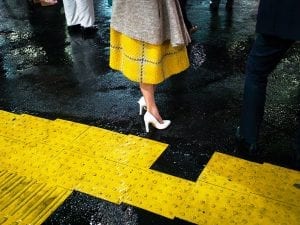 100 Great Street Photographs brings together a new generation of talented artists who have embraced modern technology to capture the world around us.