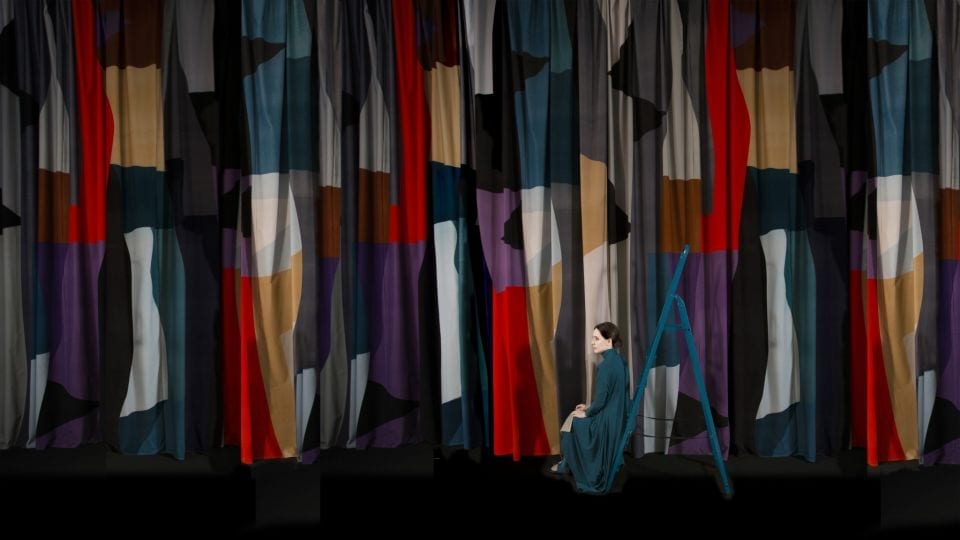 The term “soft power” is used to described how political rhetoric is deployed through art and architecture. Multidisciplinary artist Jasmina Cibic (b. 1979) examines this rhetoric, using moving image, sculpture, performance and installation to unravel how cultural artefacts are used to translate specific ideologies and values. By gathering symbols and iconographies, her practice aims to untangle the complex relationships between art, gender and state authority.

This Machine Builds Nations at BALTIC, Gateshead, showcases the practitioner’s most recent trio of films, NADA, alongside a site-specific installation, Show the Land in Which a Wide Space for National Progress is Ensured. The piece – a monochromatic landscape comprising photographs from the archives of Yugoslavia’s first President, Josip Broz Tito – is the first work viewers encounter, setting the stage for the trilogy in the following rooms. The show also features structural fragments and interior fabrics from Cibic’s scenography, creating an immersive arena for reflection.

The visually striking NADA forms the heart of the exhibition. Taken from the Croatian word for “hope”, each work investigates an architect that played a vital role in the development of European modernism. Act I takes Vjenceslav Richter’s unrealised design for the Yugoslav Pavilion at the Brussels World Exhibition in 1958 as a starting point, whilst Act II takes place in Arne Jacobsen’s Aarhus City Hall. Act III addresses Mies van der Rohe’s buildings from the 1920s. Particularly interested in the gendering of the past – and of the cultural production that defines the era – Cibic employs a combination of gesture, stagecraft and re-enactment to dissect mechanisms of power. Aiming to highlight historical untruths and falsified narratives, the artist uses a performative platform to overwrite established narratives and create new allegories.

From 9 February: Find out more: www.baltic.art. 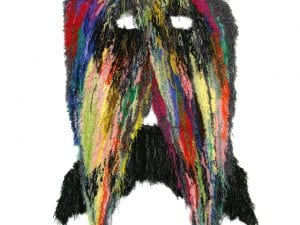 Opening a new exhibition at Baltic, Gateshead, Aesthetica talk to Caroline Achaintre about her influences and labour-intensive practice. 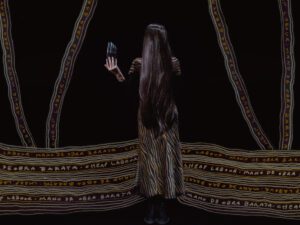 On 8 March, International Women’s Day marks a call to action for women’s equality. We select five shows which reflect on the lives of women and girls globally. 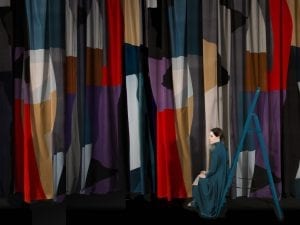 The Power of Moving Image

Ahead of a panel discussion at Future Now, Jasmina Cibic explores how artists’ film is establishing itself as a standalone genre that reflects social attitudes.