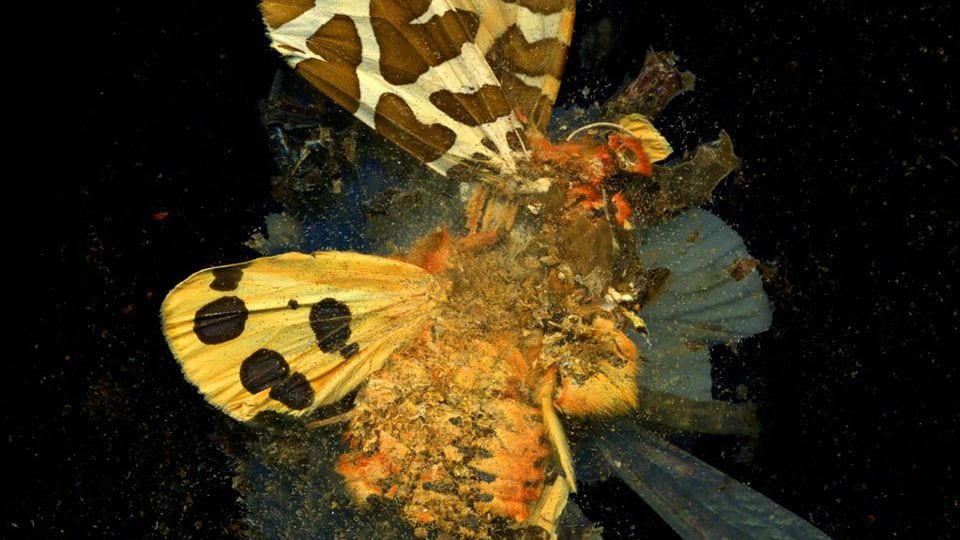 For his largest UK show yet and his first in a UK public gallery for a decade, British artist Mat Collishaw is exhibiting sculpture, photography, film and installation at New Art Gallery Walsall which coincides with a newly commissioned work in the gallery at the Library of Birmingham.

Collishaw’s work encounters the less comfortable aspects of human existence with imagery that is powerful, compelling, even seductive, playing with the darker side of human nature and morbid fascination. Amongst the works on view are All Things Fall (2014), based on the brutal Biblical story of the Massacre of the Innocents, which sees an act of infanticide committed by King Herod made visible through the use of a zoetrope; the piece merges old and cutting edge technology with 300 characters and architecture digitally designed, and 3D printed in resin, spinning so fast that the horrific scene appears to move and contort.

Meanwhile, walls coated in phosphorescent paint are hit by projections of ghostly figures which rise and fade; these focus upon the 2004 Beslan siege, using shots from the media to remind of the seemingly insatiable appetite of the press for trauma and distress. This use of contemporary press is combined with images that look to art history with Last Meal on Death Row, Texas (2011) a photo-essay which is the result of Collishaw’s research into the last meals of prisoners on death row, presented in the style of a Flemish memento mori painting.

Further photographic series include Single Nights (2007), Insecticides (2006-ongoing) and Catching Fairies (1996), displayed alongside diseased yet brightly coloured flowers in The Venal Muse (2012-15) which comments upon man’s disregard for the environment and the looming spectre of genetic manipulation. 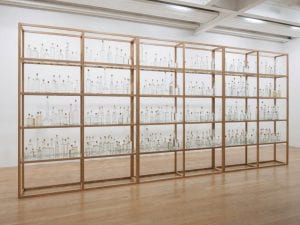 Bringing together a diverse group of international artists, The New Art Gallery Walsall delves into the notion of the map, and the different connotations attached to this inspiring source material.