Julian Charrière: For They That Sow The Wind at Parasol Unit, London 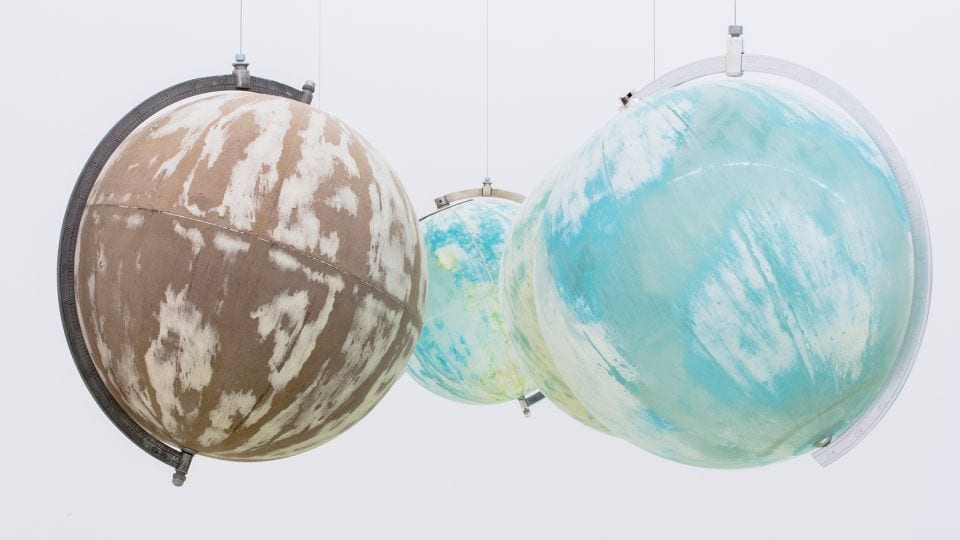 For his first UK solo show, conceptual French-Swiss artist Julian Charrière exhibits sculpture, filmed performance, installations, photographs and film. Charrière’s first decade of work has taken him to the edges of the planet: remote regions in which he has researched the geological, biological, archaeological and historic conditions. Further to this is a criticism for the actual need for technological advances and the depletion of natural resources due to our accelerated development.

In this sense, his work is site-specific, and to Parasol Unit he brings seven installations, the first of which is Future Fossil Spaces, 2014, a mass of salt bricks extracted from the Salar de Uyuni salt deposits of the ‘lithium triangle’ or Bolivia, South America. The film Somewhere, 2014, and the photographic series Polygon, 2015, meanwhile, document the devastation caused by 456 Soviet nuclear tests enacted between 1949 and 1989 in Khazakstan.

Furthering the exploration of human impact upon the terrain is The Blue Fossil Entropic Stories, 2013, which sees the artist melt an iceberg beneath his feet with a blowtorch, while globalisation and borders are examined via a series of globes made between 1890 and 2011 are exhibited in We Are All Astronauts, 2013 – each has been sanded using paper specially formed from sand deriving from all UN countries. Due to this process, all geopolitical divisions have been erased.

The final work continues Charrière’s dystopic themes: in Tropisme, 2015, several plants which have existed during the Cretaceous period were shock-frozen at –196 ̊C, or sealed and frozen at –20 ̊C. As long as they remain in this state, these plants will continue to represent a merge between past and future.

Credits
1. Julian Charrière, We Are All Astronauts, 2013. Courtesy of Parasol Unit. 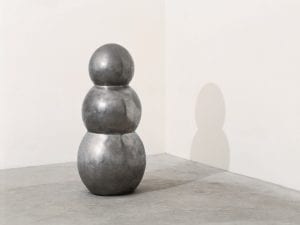 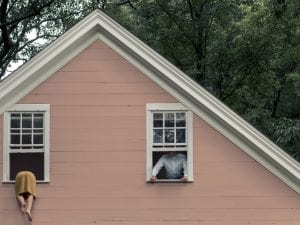 From seminal architecture to experimental photography, exhibitions open this autumn explore the breadth of human experience.

Julian Charrière’s new show opens at Sean Kelly Gallery, New York, with three different bodies of work. We catch up with the artist about the exhibition,