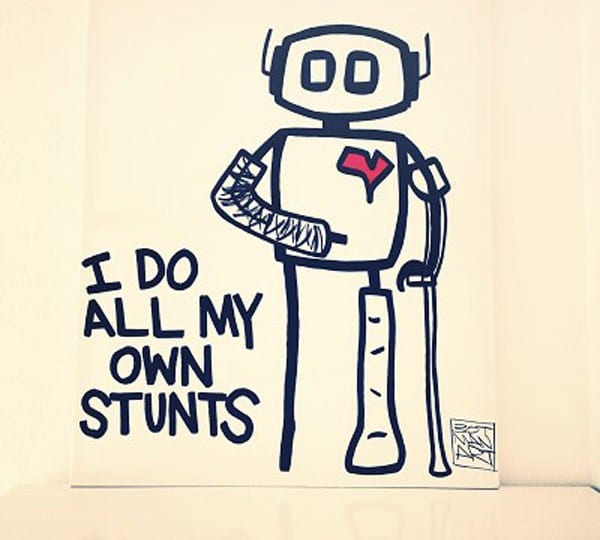 Already well known in international urban art circles, it has not yet been two years since Cornwall’s celebrated street artist came up with the idea for BotMan, an innocent robot with a heart. Since then, his BotMan avatar has taken him into international urban art circles; he has had three sell-out shows, has been represented by a London Gallery, had work shown at Basel Miami and rubbed shoulders with UK urban artists such as Banksy and Dface. Sophie Kazan of Aesthetica caught up with BotMan for a virtual chat about the business of being a successful, anonymous artist.

A: How did you get the idea for BotMan and becoming an anonymous artist?
B: I suddenly had one of those lightbulb moments – lightbulb moments are so underrated. I sat and drew what became the foundations for Bot. He appeared to be human/child like yet held an innocent quality about him. The addition of his heart really set him apart . By remaining anonymous, I get true feedback – good, bad or indifferent – it’s all good to me really. The ideas seem to flow. I just look at what is around me. BotMan sees love all the time, if you look hard enough, love is truly out there and it’s a beautiful thing to enjoy. I enjoy adding the fun, cheeky aspect of it too, Bot being naughty, for example, but like a child he is genuine, accepting without prejudice.

A: How did the Brick Lane Gallery exhibition come about?
B: Brick Lane contacted me back in May 2012 I think with a view to doing a group collection and that was a great honour. At the opening night, I’d never seen such a huge crowd, I was expecting someone famous to be in there but it was all fans of the art. I just sat on a step outside drinking a cold beer watching the world go by. In all honestly, I never thought my work would grace the walls of an art gallery, let alone Brick Lane. Best still, I got asked back there in December for their Christmas show for Art Basel. I was contacted by an American guy who dealt with a number of street artists out there. He’d seen my work via Instagram and asked if I’d be interested in going there for a week to showcase my work. I think I took less than a second to say, yes! I came back with sore hands and fingers from the amount of art I’d produced out there. Actually, I’ve been asked back this December to do it all again.

A: Congratulations! What about the role of the collector? In an article you said that you didn’t like people peeling your art off walls because you wanted everyone to enjoy it..
B: That’s right. Art should be free for people to enjoy and taking it off the streets for other people’s ownership is missing the point of it. I mean, no one else is going to get to see it, right? But the more your popularity rises the more people are going to want to own your art by whatever means. It kind of spurred me on really. The more it got taken, I’d simply add twice as many the next night. Kind of the gift that keeps giving – it makes the journey to work or waiting for the bus in a morning more enjoyable.

I’ve had negative feedback from the authorities in terms of what I do, but the public like it and they are the ones I want to please the most. If they stick by me and enjoy what I do, it means I’m doing my job right. One of the reasons I do my “art drops” is that I’m fully aware that not all people can afford my art, so if I can give it away in a fun way, I will. I give clues online of its location then it’s a case of finding it. The basic development of my art is to get as big as possible but never losing sight of who put me there. Hello Kitty watch out! BotMan is coming to steal your thunder!

A: Your shows and exhibitions are all sell outs – when and where are you going to show your work next?
B: I’ve been blessed that each one of my shows sells out. As a rule, I very rarely have another gallery lined up. I like them to come to me. When they ask, I accept. Most of the time. It gives me more scope to be more selective of where I’m exhibiting. As of right now, I’m hoping to hear from any gallery out there that may be interested in my work. As for being anonymous, this can sometimes be a problem as they want to meet me, phone me etc, its just not possible. Email is my preferred method of communication.

A: And finally, how do you respond to the comparison with Banksy, your message seems more friendly and less political..
B: The friendship with Banksy has helped a lot. If I’m mentioned in the same breath as him, I take that as an honour. Banksy is one of the most famous and iconic artists of our generation. He’s more political and tongue in cheek than me. It works for him and that’s cool. I’m grateful that I was taken under his wing in the beginning, I learnt so much about how to showcase myself. I’ve always thought of him as the cooler artist, he just gets it right no matter what he does. For me, for BotMan, it’s just out and out love.

While he has, with Banksy’s permission, of course – drawn the bot in the same Flower Thrower pose as that in Banksy’s famous work, he has also drawn the robot as a superhero (Spiderbot) and in various zombie poses.

BotMan’s philosophy is charming and inspiring. He reminds us simply not to take life too seriously. 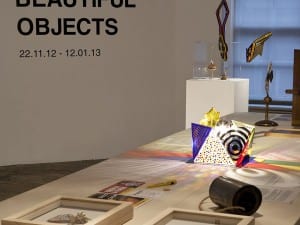 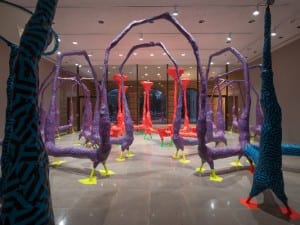 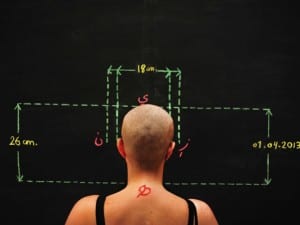 Saudi Arabian artist Faisal Samra’s first solo exhibition in the UK opens at Ayyam Gallery, London on 13 February. The show is a response to Samra’s interest in the process of creation.