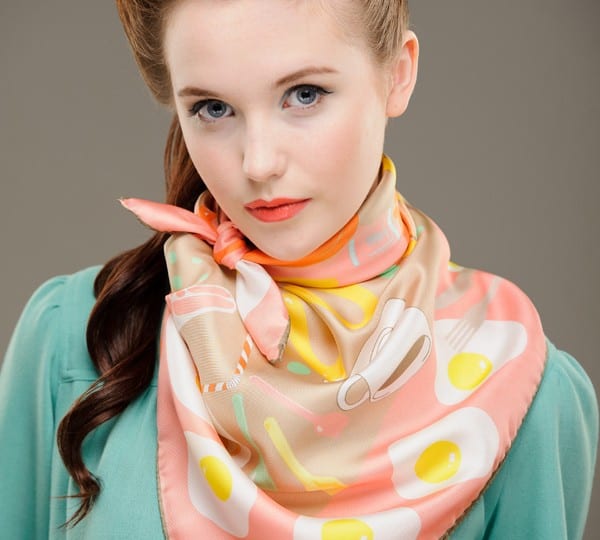 Karen Mabon’s designs are beautiful, bold and brash. All hand-illustrated, her silk scarves combine delicate drawing with playful and quirky aesthetics. With designs that cover everything from a British garden to a stationary cupboard, Mabon transforms everyday clothing into works of art. Her pieces have appeared in the likes of Cosmopolitan, Elle UK, Vogue and Harper’s Bazaar and she also produces clothing and jewellery. We speak to Mabon about her journey into the fashion industry and her favourite designers.

A: How did you begin designing scarves? What was it that drew you to that item of clothing?
KM: I trained in Goldsmithing at the Royal College of Art in London but I was never cut out for making serious jewellery- I have really clumsy, fumbly fingers and I was always knocking over pots of gold dust. I found it really frustrating because I could draw a picture of exactly what I wanted to make but when I sat down to create it, it all went wrong! So, I tried to think of a way of combining drawing and jewellery to make “wearable artworks”. Then one day I saw the most beautiful old Liberty silk scarf in a vintage shop, it was a little peach coloured square and the texture of the silk was like the skin of a peach too, and printed in a grey line was a really delicate drawing of mussels. I thought it was was weird but it worked. And the rest is history!

A: All of your designs are colourful and playful, where does the inspiration come from?
KM: I normally get ideas when I’m totally switched off and not thinking about scarves at all. Travelling is always great for inspiration, but never in the way you’d think! I visit all these exhibitions and museums and I am always convinced that it will really fuel an idea, then I’ll overhear a couple arguing in the airport on the way home and I decide to make a scarf about it. Last summer I was visiting some friends who live in Stockholm and and we were drinking beers in their flat and then the video for You Were Always On My Mind by the Pet Shop Boys came on and it was all I could think about for the rest of the trip.

A: How would you describe the “Karen Mabon lady”?
KM: I love the idea of the Karen Mabon lady! I would say she is a modern-day Femme Fatale; stylish, composed, quite feminine and maybe a little innocent on the surface. But, she has an edge – a slightly twisted sense of humour and a killer instinct. She knows what she wants.

A: What do you think are the biggest challenges for new designers starting out today?
KM: I think there’s a lot of competition out there so it’s hard to offer something unique and compete in a saturated market. It’s quite hard balancing the realities of production with creativity; sometimes the things you really want to do are either too expensive or impossible to make, and you have to be quite restrained with product development, especially if you’re trying to make a career out of it.

A: Which designers have influenced you?
KM: My favourite fashion designers are Jeremy Scott, Meadham Kirchhoff, Kate Spade, Peter Jensen and Ashish, but I really like the notion of the artist as a designer; I like that artists approach design in a completely different way. Some of my favourites are Eduardo Paolozzi, Gary Hume, Tadanori Yokoo, Tom Wesselman and Hockney.

A: What’s next for Karen Mabon?
KM: I’ve just finished working on a clothing collaboration with a secret celebrity which is coming out in June – I can’t wait for that! We’re doing an event in the summer in a department store, and we are also developing our accessories, looking to include some new products for next season and obviously creating more and more scarves.

To find out more about Karen Mabon and to purchase her new summer range, visit www.karenmabon.com 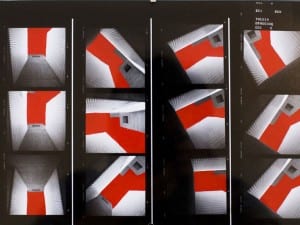 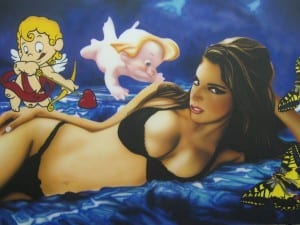 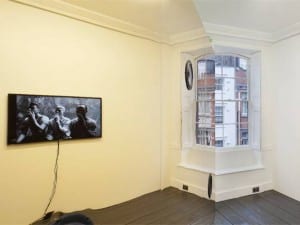 Located up several flights of carpeted steps in a Dean Street townhouse is Southard Reid. A single room facing out towards the plush bars and restaurants that now populate the heart of Soho.