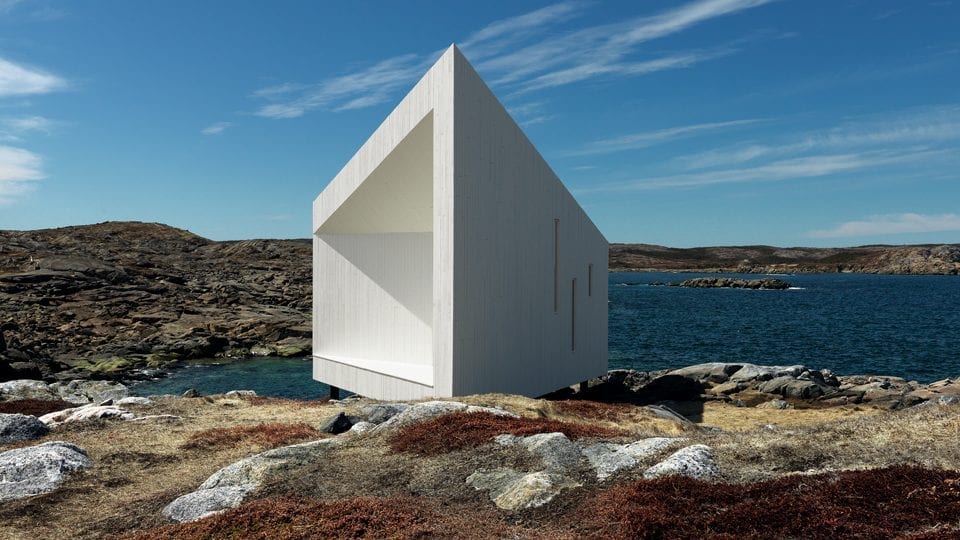 One impact of the ever-increasing body of excellent and diverse ecocritical writings is a sense of heightened awareness, a self-reflection of our interactions with different environments. In the case of architecture, this conscious process is particularly pertinent, since the meeting point of the built landscape and the organic world has historically all too often been ignored or seen as something inherently fraught and mutually antagonistic. Nevertheless, it is possible for manmade and organically occurring locations to integrate in positive and mutually supportive ways. Elemental Living (Phaidon, 2016) is a publication that focuses on precisely this overlap, highlighting successful projects that demonstrate deep engagement with their surroundings.

The text demands a refreshing and gently radical reorientation of the compass, a look away from cities to the edges of our encounters with nature. As one of the contributing authors James Taylor-Foster remarks: “We all have an inherent yearning to retreat and, as the world continues to rapidly urbanise, our sense of isolation from the world around us appears to be growing. The focus of architectural discourse is heavily biased toward cities – this, of course, is where the majority of innovations are taking place.” In spinning its standpoint to rural projects, the 280-page book makes a case for the relationship between climate and building as a site for signi cant innovation. One striking quality of the publication is the breadth and diversity, not only of design approaches from the featured architects but also the range of topographies examined. From countries as diverse as Sweden, Japan and India, to conditions as various as deep forests, mountainous terrain, lakes and deserts, there are few locations on the planet where humans have not made their homes.

In many examples, the relationship between property and landscape is situational, where constructs are realised to o er optimum conditions and vantage points to observe the Earth. Too Tall Tea House (2004), by Terunobu Fujimori, is a one-room tree house perched seemingly impossibly atop two tall trees. The sole purpose of the structure is for the making and consumption of tea, allowing users to appreciate the extraordinary views of the Nagano Prefecture woodland. Other instances engage with the climate to integrate visitors; there are also cases where houses’ relationships with trees, mountains and lakes is formal: the production of materials and shapes draws connections with the sprawling vegetation and geographies. Of course, these dialogues often coalesce.

Tolo House (2005), by Álvaro Leite Siza, in Portugal, is an example of building both against the odds and with the grain of the land. It unfolds in a step structure on extremely steep terrain, connected through a winding stepped path and necessitated by the unevenness of the ground, and also making the most economical and logical use of the different levels in the plot. As a result of this series of rooms, the inhabitants also have to move outside in order to move between sections of the house, and this, too, makes for added focus and attention to the interactions between the occupants, the indoor spaces and their chosen location.

None of the properties in Elemental Living start from an empty site, and all respond to the existing character of their regions. However, Samyn and Partners’ House in the Outskirts of Brussels (2007) also creates its own fabricated environment as part of the dwelling, lavishly covered in exotic flora, and making use of a built-in irrigation and fertilisation system to look after the plants. Dragspel House (2004) in Sweden, by Natrufied Architecture, is one of the few structures that responds to an existing presence. Built as an extension to a 19th century cabin, it makes use of local western red cedar wood to create a striking yet organic and in-keeping façade that seems to emerge and collapse back into the existing structure, using a modular rib cage design. The construction is also a response not only to the local conditions but also to the complex regulations of the region. It is used for only two months of the year and the rest of the time it is closed down into a deep hibernation. In summer, it is opened on to the lake, reflecting the movement of the seasons. Indeed, the house is built in a low-tech and passive way, in order to provide as little disruption as possible to the Earth.

Another approach to sustainability is to use the power of technology for the preservation of ecology; this is one of the key challenges facing contemporary architects in both rural and urban settings. One of the most technologically advanced examples featured is Stamp House (2013) in Queensland, Australia, by Charles Wright Architects. As Taylor-Foster describes, this house “sits astride an artificial wetland that serves as an engineered water-based ecosystem to support it. Even the structure allows it to withstand the intense cyclones that can strike the location, whilst also protecting it from unpredictable and damaging flooding. It is a house of astonishing complexity situated within one of our world’s more extreme climates.” Entirely off-grid and self-sufficient, a series of solar panels on the roof provides electricity, and a 250,000-litre water system utilises rainwater harvesting and grey-water recycling technologies.

If some buildings offer superlative vantage points on their natural surroundings, or like Stamp House, act as an imposing futuristic presence within them, others are built to be as unobtrusive as possible. Earth House (2003), realised by Jolson Architecture in Victoria, Australia, is a 465-square- metre split-level four-bedroom house constructed from rammed earth using local Dromana crushed rock. The project takes a holistic understanding of architecture, softening the distinctions between interior, landscape and furniture design. It was centred on sensitivity to the sightlines from the neighbouring properties and roads, and around its own vantage points, rising up from the sweeping coastline.

Architecture BRIO’s Riparian House (2015) in Maharashtra, India, sits in the heart of the Western Ghats, a UNESCO world heritage area not a long drive from the dense populus of Mumbai. Half submerged and half open to the grassy plains, the spaces are simple and suited to their very particular climate. The site is just below the top of a hillock at the foothills of the Ghats; there is a vegetation roof so that it merges into the hillock and disguise the house from the approach on the east side. Though the buildings seem submerged, from inside the property, there are incredible views to the north of the Irshalgad hill fortress and towards the west to the sunset whilst the river winds its way across the agricultural fields. This is an example of an extremely delicate balance, suggesting that architecture is a mode of doing as little as possible to disturb the existing location.

Another partially sunken and camouflaged structure is Bjellandsbu Hunting Lodge (2013) in Etne, Hordaland, Norway, by Snøhetta. The property is almost entirely disguised into the sweeping crags of its situation, with only a single chimney emerging from the grass-topped undulation of the roof revealing the presence of the cabin. It is often rented out to holiday guests, and can sleep up to 21, but is only accessible on foot or horseback. It seems not only to be integrated with its landscape but also to demand a form of interaction and adaptation to the setting on the part of its users that draws on the remoteness and drama of the location. It utilises a single open room, encouraging communality, and, in doing so, referencing the connectedness and shared endeavour of previous generations in the same landscape.

As Taylor-Foster points out, one contribution that takes this approach to its extreme is Swiss artist Not Vital’s Notona (2014), located in Chilean Patagonia, which he calls “the most abstract project featured in Elemental Living.” The house, on the General Carrera Lake, is carved directly from an enormous white marble outcrop. It is one continuous material element. A snaking tunnel leads from the main building at the edge of the shore up through the rock towards a rectangular aperture on the opposite side of the island. Taylor-Foster sees the significance of this not just in its impressive visual qualities but also in the local approach which it manifests and physically embodies: “We have got so used to shipping whatever material we require from one end of the earth to the other – if we can afford it. Although highly aesthetic, Not Vital’s Notona also embodies an increasingly regionalist (and highly sustainable) approach.”

Projects like this are perhaps where the publication becomes particularly radical and exciting, where architecture responds in a material and formal way to its surroundings, and where the relationship between a project and its given terrain is at its deepest and most considered. The hyperlocal, which has been extensively written about by Andrew Michler, Wolfgang Feist and others, is the focusing of attention on the vicinity of a building and its community; it considers the importance of smaller locations. Taking into consideration a site and its changeable environmental factors, a central research component is borne out of the sheer mass of the Earth. It also emphasises passivity and low-impact technology in all aspects, from design methodology to use. There are some very forward-looking and innovative contributions in this regard featured in Elemental Living, including MADA s.p.a.m.’s Father’s House in Jade Mountain (2003) in Xi’an, China. Produced for the architect’s father, it uses thousands of small rocks, each carefully arranged by size and colour, collected from surrounding rivers, which are packed into a concrete framework, around an almost classical courtyard. There is a deeply poetic aspect to this approach, as well as its sustainability, with each rock suggesting an individual story and contributing to a deeply unique lifestyle as a whole.

With increasing population growth and metropolitan sprawl across the globe, the remote and often small-scale residential projects featured in Phaidon’s monumental book might perhaps seem disconnected from what often feel like the most pressing challenges of contemporary architecture. And yet, in their interrogations and imaginative responses to topography, sustainability, and ecological preservation, and also in the joyful celebration of our interactions and place within it, Elemental Living in fact draws attention to this locus and suggests innovative practices and solutions to precisely those challenges that face large-scale urban building. 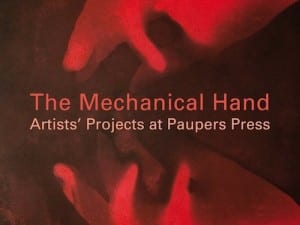 In The Mechanical Hand, over 25 artists’ works discussed, and the book provides a platform for looking at prints in the context of contemporary art-making. 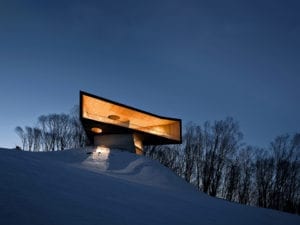 Architizer calls upon the general public to define what makes a successful building – collaborations, ecological consideration and social appeal. 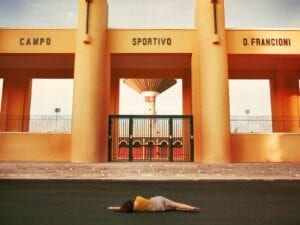 These bright, geometric images encourage us to look at cities in a new way – from Michael Wolf’s metropolis to icons of 20th century modernism.