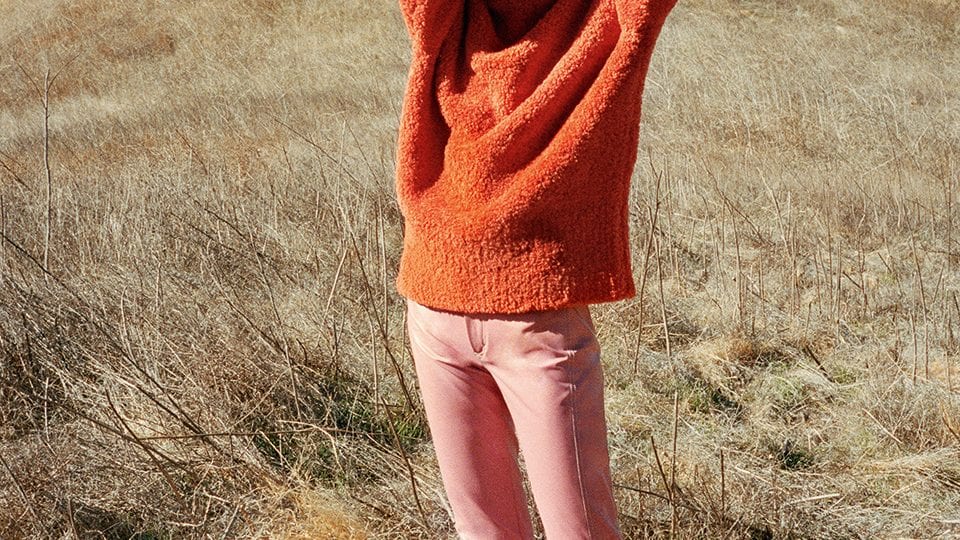 A new fashion label redresses the notion of femininity with clean lines and workwear staples as well as a worldview that extends to social activism.

LAND of Distraction (LoD) founder Danita Short knows workwear. The designer grew up on a sprawling farm just outside the rural Canadian town of Coronation, Alberta (population 940). It’s an isolated place, hours by car from the nearest city, where rickety wood-clad grain silos from decades past cause the only interference on a horizon that stretches well beyond comprehension. It’s a level-flat platter of butter yellow fields under a sky so big you can read the incoming weather like a book. “Being removed from the city, I was able to use my imagination a lot as a child,” Short says.  It seems the tranquil, unchanging prairies of her upbringing are still working their magic, providing inspiration for a fledgling label long after moving south, having since traded the Albertan wheat fields for Laurel Canyon, an address steeped in glam-rock folklore.

Originally trained as a nurse, Short relocated to Los Angeles several years ago – in what she describes as a “spontaneous move” – harbouring dreams of starting a new creative life in southern California. She met her now business partner, the Canadian investor Laurie Venning, during a planning session in the city and the rest, as the story goes, is history. “He inspired me to follow my passion and start the fashion brand,” she says. And just like that, LoD was born.

The next step was finding someone with the technical know-how to realise the creative visions that had been swimming around Short’s head since childhood. She was introduced – in a manner described as a “business blind date” – to New York-based designer Christian Juul Nielsen. A fashion industry veteran, Juul Nielsen previously held senior positions at Christian Dior, Oscar de la Renta and as of September 2018, has added the notch of Creative Director at Herve Leger to an already distinguished belt.

Now on its fourth collection, LoD has become synonymous with clean lines and boxy yet flattering cuts that provide fine canvases for rich, durable materials in an array of playfully muted shades. “The core tenet of our brand is easy-going clothing that is both functional and wearable, made with luxury quality.” The wide-ranging line includes full-length suede skirts that look as though they were purpose-built for kicking up the dust as well as slightly cropped nubby wool jumpers that channel a lived-in, thrift shop feel – in the best way possible. There’s of-the-moment wide wale corduroy in the form of 1970s-style suits, lots of denim, rubberised trench coats and bombers, plus heavy-duty cotton twill which is found on western-inspired shirts and sleek flared trousers: the types of textiles that wouldn’t rock the boat if they showed up for duty on the ranch. To contrast the harder elements, there are velvet mini-dresses in pale pink, dreamy floor length tulle sundresses and sporty-but-feminine blouses in floral-printed silk, providing just enough feminine romance to swing the collection out of androgynous territory. Decoration is minimal, but it does remain loyal to a number of signature motifs which run through the collection: “topstitching, big pockets, textures and unique colour palettes” are emblematic of the brand.

“We wanted to use soft fabrics that are still luxe,” says Juul Nielson, who decided early on to focus on easy movement and effortless comfort. “The clothing had to be something people could throw on and go, but still look very put together, nothing too constricting. For Collection Two, we removed the darts from many of the shirts and insisted on adding pockets to the dresses,” he explains of the pared-down design process underlying the brand’s evolving aesthetic. “I wanted to be comfortable and still fashionable,” adds Short, “which isn’t always the case for many brands.”

As for the colour palette, earthy tones are a direct response to a recent trip home. Taking a pilgrimage to the motherland – Short’s family farm – Juul Nielson was able to glimpse firsthand the day-to-day uniforms which are found on a working farm. Whilst there, he filled up on inspiration from the lived-in garb men were wearing in the fields. “We fell in love with all of the vintage uniforms and the unintentional styling of the farmhands,” he says of their trip north, from which he took cues back to New York, “borrowing some of the elements of the finer elements from the landscape and translating them into cool and wearable pieces with a feminine and contemporary update.”

“I think that shoppers still want clothing that looks amazing, actually fits beautifully and is made of real fabrics,” explains Short of what she believes sets LoD apart in an industry that cycles through styles at a lightning fast rate. The key to the collection’s approach to quality includes an understanding of the rigour that goes into proper workwear.

To create a collection that is built to last through the seasons – both in style and in durability – one has to understand how the body moves, how garments will wear and fray over time, as well as how to reinforce them, which requires the kind of thoughtfulness that much of the industry is sorely lacking at the moment. Short says: “We are aware of high and low dressing, but fast fashion has an expiration date of two-to-three wears. LoD is made of materials that are meant to last longer than other collections. We view the brand as seasonless, so our customers can build a story.”

It may have taken a village to launch the company and recruiting a former design head from Dior certainly helps to stoke up the buzz around a new label, but when it comes to inspiration, Short needn’t look far. Created in her own image, she’s the collection’s heart, soul and perennial muse, seeking inspiration in cross-country road trips. Having previously traversed the United States and the Czech Republic, searching the globe for new creative sparks, she looks as though she could have toppled headfirst out of a motorcycle flick, flared jeans, tattoos and all. The collections inevitably mix the prairie-inflected influences of her rural and minimal upbringing with a rocker twist that’s based on her current location and its colourful cultural associations, “imagining what life was like in Los Angeles in the late 1970s, where groupies chased after rock stars – and borrowed their clothes – before getting all dressed up for the clubs at night.”

However, LoD’s wares remain restrained amidst this laundry list of influences. The utilitarian designs are also a welcome break from the hyperbolic take on western dressing that has been permeating the fashion world as of late. Fall / Winter 2018 collections were rife with such references: fellow Canadians, Dean and Dan Caten of DSquared2, trotted cowboy-style shirts and bolero ties down the runways of Milan, whilst Versace offered a leather-bound take on the trend with their bondage-inspired rodeo garb. MaxMara and Isabel Marant’s interpretations involved copious amounts of fringe: wide-shouldered blanket coats by the former, ponchos and roughly-hewn fur coats by the latter. Alongside this, it was Maria Grazia Chiuri at Dior that took the trend to its logical conclusion with a collection that was deeply inspired by the iconography of the American west, and which included flat brim hats (a nod to Georgia O’Keeffe), turquoise jewellery and patterns sourced from ancient rock art. The historic French fashion house went so far as to celebrate the collection by holding an over-the-top rodeo-themed runway show in the Santa Monica mountains, complete with models on horseback and hot air balloons. But these brilliant daydreams of an Italian couturier in Paris certainly exist on the opposite end of the spectrum from the real farms that inform LoD’s collections; they are ample evidence of a trend that shows no sign of slowing down or giving up, especially in a competitive industry.

Indeed, a rural upbringing makes for a good story and plenty of imaginative fodder, but it also sets Short apart as an independent visionary drawing on inspiration from outside of metropolitan bubbles. She inhabits an unconventional place in the fashion industry, having eschewed the well-trodden design school-plus-internship route, choosing instead to jump headfirst into her own line. “I would definitely consider myself an outsider in fashion,” she says of her unusual path. Instead of this unorthodox beginning boxing her in, it seems that it has brought a  fresh perspective to an industry which is often accused of having a narrow lens. “We’re making clothes that can be attainable to a broader audience.” And isn’t that what art should do?

This inclusive attitude has now led Short to partner with the United States of Women (USOW), a US-based organisation that promotes gender equality and female empowerment through networking opportunities and a yearly summit. Short describes her motivation, in seeking out the innovative and remarkable work of USOW: “When launching the label it was important for me to find a way to give back and help others. We partnered with the organisation because they support women as leaders, as entrepreneurs, as people.” As the 2018 apparel partner of the organisation, the LoD team produced a capsule collection of slogan tees, the proceeds of which went to the 2018 event. An accompanying campaign saw the label teaming up with activists who are vocal in their respective fields, including disability rights campaigner Emily Ladau, publisher of Feminist Press; Jamia Wilson, founder of @equalityforHER; Blair Imani, organiser of the Women’s March; Sarah Sophie Flicker and adapted athlete Mia Ives Rublee. “I think that it’s important to acknowledge the issues, and then work to make this industry more inclusive,” says Short, “I want to make lines for all people. It’s something that we, collectively, are still working on, but definitely, it’s a core tenet of what I’m trying to do personally.”

Looking towards the future, the brand’s image is going to remain steadfastly set in the real world as it aims to grow in an accessible way. “We are launching a campaign called This is my LAND,” she explains of the label’s next steps, “it showcases real people wearing our collection whilst highlighting their passion. We also want to continue to support emerging artists and performers and welcome them into our vision.” More than just a marketing stunt, LoD’s decision to align itself with such a diverse and inclusive world view hopefully signals a changing wind and the arrival of new voices in the notoriously homogenous fashion industry. “Our ‘land’ is diverse. It’s made up of highly creative individuals across a range of media.” One hopes the wider fashion business will follow suit. 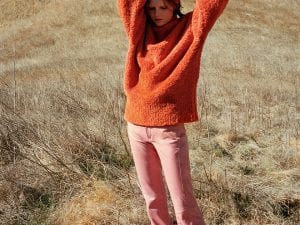 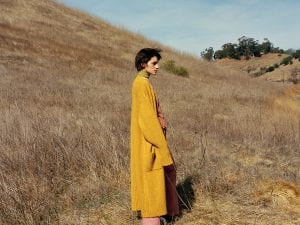 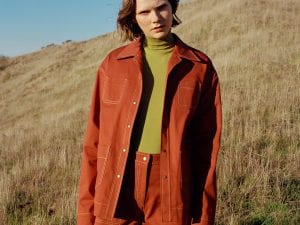 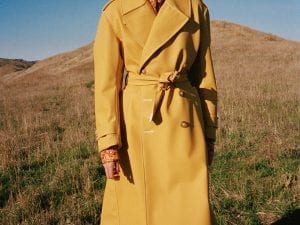 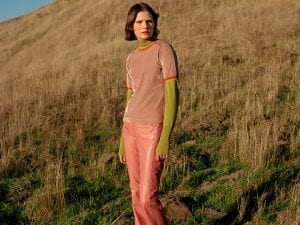 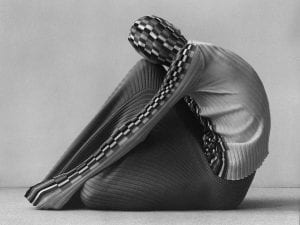 Q&A with Sally Ann and Emily May Gunawan 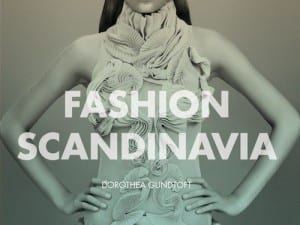