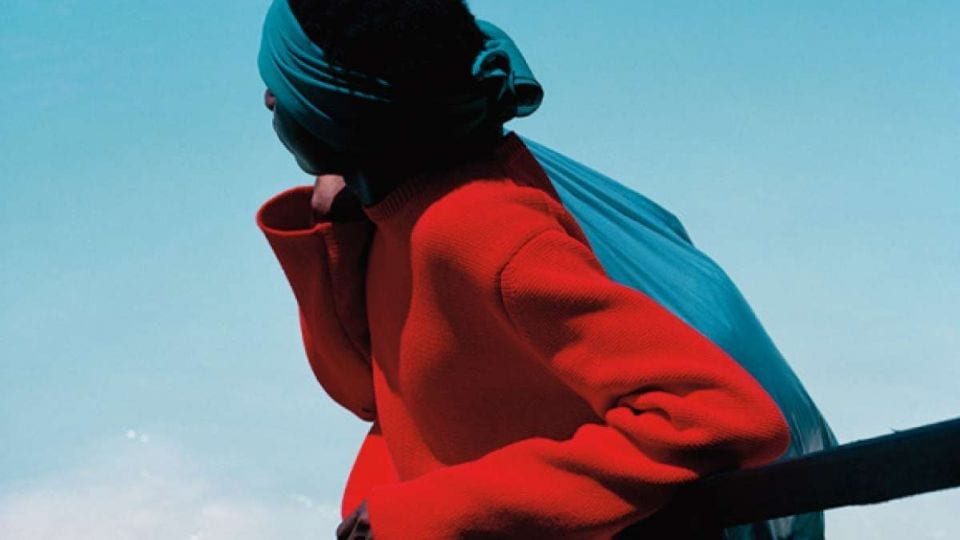 Fashion imagery is pervasive in everyday life – widely disseminated through print, digital platforms and social media. Current exhibitions across the UK and US showcase work by photographers who occupy the boundary between fashion and fine art, rewriting conventions by combining bold aesthetics with  social and conceptual responsivity. These shows chart the changing nature of the medium – from the early 20th century to the present day – offering a trajectory that explores perceptions of gender, the gaze and notions of surrealism. As Lauren Barnes, Curator at The Hepworth Wakefield notes: “This sort of cross-disciplinary approach is not something new – photographers were working across fashion, reportage and experimental surrealist photography as early as the 1930s.” One such example is Viviane Sassen: Hot Mirror at The Hepworth (until 7 October), a retrospective look at the Dutch artist’s interdisciplinary practice. Uncanny shadows, fragmented bodies and otherworldly landscapes come together in the show, offering surprising angles on the human form. As Barnes continues: “Sassen approaches the body in several different ways, often framing it with a surrealist-inflected approach that draws out ambiguities and abstract forms… She makes collages that connect to principles of chance encounters between unexpected things – such as her most recent series, Of Mud and Lotus, where photographs of tropical plants are brought together in collages with photographs of body parts.”

The presentation offers a visceral, immersive experience; large-scale prints and mirrored videos form a captivating narrative that transcends the tangible world. “One of the major influences on Sassen’s work is the fundamental surrealist principle that the realm of dreams and memories can be equally as significant as conscious present reality,” Barnes explains. Tapping into similar ideas whilst running concurrently at The Hepworth, Lee Miller and Surrealism in Britain (until 7 October) shines a light on another key female photographer. Beginning in the late 1930s and spanning fashion, photojournalism and art, her body of work offers unexpected angles on historic events, applying a surrealist lens to a range of genres. The show tracks Miller’s (1907-1977) contribution to the propagation of ideas from fine art into the public domain through her work with British Vogue, transforming the commercial landscape through a unique aesthetic informed by Britain’s creative milieu. Further tracing fashion photography’s evolution from a marketing tool into a form of expression, Icons of Style: A Century of Fashion Photography at the Getty Center, Los Angeles, offers a comprehensive overview. Featured are ground-breaking images by Guy Bourdin (1928-1991), whose work – in similar way to Sassen and Miller – offers striking narratives and uncanny compositions. Clothing becomes secondary to the wider picture; cropping, colour and staging come together to transcend boundaries of the real. A stylised approach offers new perspectives on the body, as limbs are displaced and bodies reconfigured – echoing Sassen’s sensibilities. As Sean O’Hagan recognises in Double exposure: the two faces of Viviane Sassen’s photography for The Guardian (February 2013) “There is something surreal about Sassen’s work, but the almost garish colours and angular shapes of Bourdin’s photographs seem to be a touchstone too.”

By revealing the genre’s highly conceptual elements, these exhibitions rewrite understandings of fashion photography by questioning ideas of perception and formal limitations. As Barnes concludes: “Artists can ask us to look again at the way we see our own bodies and those of people around us, and to question the way that bodies are presented in the media.” 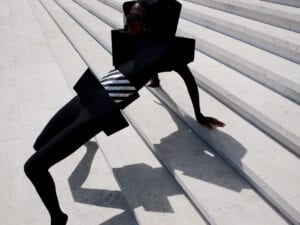 The Rhubarb Triangle and Other Stories, The Hepworth Wakefield

The Hepworth Wakefield showcases Martin Parr’s most recent work in their latest exhibition The Rhubarb Triangle and Other Stories: the largest Martin Parr exhibition in the UK since 2002.