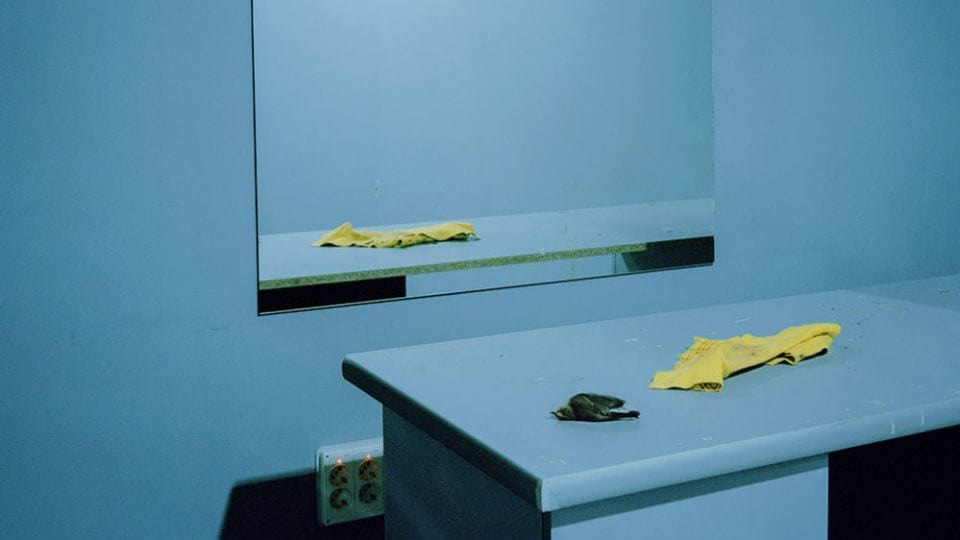 In a culture defined by a continual stream of news, it is easy to become detached. The four projects nominated for the Deutsche Börse Photography Foundation Prize 2018 share an interest in the human element of the distribution and subsequent manipulation of facts. Examining the representation of knowledge through images, the exhibition at The Photographers’ Gallery, London, provides an alternative perspective to the simulated nature of data displayed across screens.

For example, Mathieu Asselin’s (b. 1973) Monsanto: A Photographic Investigation, brings together five years of research into the global biotechnology corporation – the leading manufacturer of insecticides and genetically engineered seeds. Throughout the company’s long history, the practices and products have caused striking personal, ecological and economic consequences. Using archival documentation, court files, individual letters and company memorabilia, the practitioner compiles a detailed and meaningful narrative that tracks the company’s method and public persona. By travelling across the US and Vietnam, Asselin encounters the people and places dramatically affected by Monstano, painting a portrait of the costs involved.

In a similar way, by focusing on post-Soviet countries including Belarus, Georgia, Ukraine, Azerbaijan and Poland, Rafal Milach (b.1978) uncovers systems of governmental control. The artist is interested in the manipulation of belief through propaganda, and the featured project, Refusal, uncovers the propensity of the human mind to be influenced and controlled. Featuring photographs of objects that produce optical illusions alongside screenings of Soviet television programmes, social experiments and contemporary music about social, moral and national pride, the collection exemplifies the all-encompassing nature of processes employed to serve governmental objectives.

Batia Suter (b. 1967) transposes her publication Parallel Encyclopedia #2 into an immersive installation, establishing shifting meanings through subjective visual associations. By taking found images – sourced from around 1000 diverse publications – out of context, the artist exposes the ways in which society’s understanding of the world is mediated by modes of representation. Highlighting how messages can be easily manipulated, the connotations shift depending on where and how a range of large, unframed prints are displayed.

Finally, Luke Willis Thompson’s (b. 1988) autoportrait is a silent representation of Diamond Reynolds, whose widely circulated 2016 Facebook Live broadcast documented the moments after the fatal police shooting of her partner, Philando Castile. Exploring the relationship between media culture and racial power struggles, the 35mm, black and white film provides a counterpoint for the well-known depiction of Reynolds, caught in a fraught moment within a continuous flow of news.

The exhibition runs until 3 June. Find out more here. 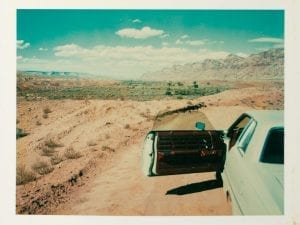 The Photographers’ Gallery presents the Polaroid work of Wim Wenders. The exhibition explores the relationship between time and object.