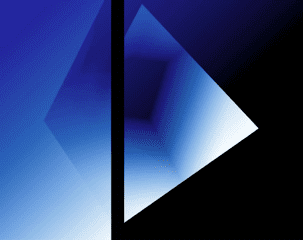 Irene Scheinmann is an artist that ventures into digital worlds, combining bold, geometric forms with the open possibilities of technology. Works from Embracing the New bring digital collage to the fore as a medium to explore new worlds and expansive compositions.

A: Why did you move to photography and digital collage after many years of painting and printmaking?
IS: I was very attracted to etching and became completely immersed in it. after experimenting with colour etching I made many works which were exhibited in galleries in the UK and abroad. I soon embarked on a series of five etchings two large paintings and a few mixed media works called The New Wilderness which took seven years to complete and proved to be powerful images of human destruction and redemption especially in today’s ecological disasters and conflicts.

The etchings are now in the collection of the Bibliotheque Nationale de France in Paris, The 4th Block in Kharkov Ukraine and Ben Uri Gallery London. Two of the etchings had two poems written for them in the Art and Poetry periodical Art Le Sabord of Quebec Canada in the issue number 61 La Terre. After a few years experimenting with carborundum and collogravure producing interesting work I stopped intaglio printmaking. I began studying photoshop, it gave me the possibility of creating something quite different.

A: How has embracing digital methods taken you into new, unforeseen places?
IS: Experimenting in digital methods especially Photoshop has taken me to unimagined places. It allowed me to build up an image by creating many layers and playing with their positions to get the result I want.

A: Is space important to you?
IS: Very important. In my latest digital works, I explore the internal space in my mind as well as the external infinite space of the universe. Colour has always been fundamental in my work even when using black and white, they both contain many shades and colours within them.

A: What are your plans for the rest of 2017?
IS: I will be trying to finish a couple of paintings as well as planning several new digital works for 2018. 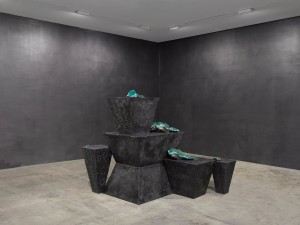 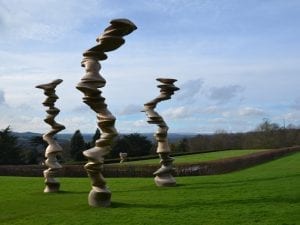 YSP invite visitors to download Sculpture Cam, a brand-new web app designed to give people a new way to experience the artworks on display.