British-born Cig Harvey, now a resident of Maine and a full-time artist after a decade teaching art in Boston, uses photography to reveal the complexities underlying everyday life and our relationships with family and friends. Her work is filled not only with a sense of uncertainty but with moments of sheer elation at the beauty of things. Though her practice is deeply personal – with family members including her young daughter featuring in her latest project – Harvey’s ability to create a visual narrative has also led her to work on innovative international campaigns and features for New York Magazine, Harper’s Bazaar Japan, Kate Spade, and Bloomingdales.

Gardening At Night – both an exhibition, and a book from Schilt Publishing – is described by the artist as an “exploration of home, family, nature and time”, further developing a signature style that is otherworldly and yet strangely familiar and rooted in the rhythms of the natural world. While Harvey’s previous exhibition and monograph, You Look At Me Like An Emergency focused on the quest to find and define home, Gardening At Night is concerned with settling into one’s landscape, and creating life where you are.

Despite this new-found sense of rootedness, the narrative throughout has the characteristics of magic realism – the viewer is left with the feeling of waking within a dream. In her introduction to the accompanying book, critic Vicki Goldberg writes: “Cig Harvey’s photographs harbour stories and secrets, sometimes with words that images refer to at the most unexpected angles. Things are not always what they seem, all the world’s a metaphor and the commonplace a fable.”

Goldberg notes Harvey’s trademark elusive use of light in her images. The source of light is rarely obvious, adding to the air of mystery, and Harvey makes great use of the natural transitions from day to night, producing striking effects and atmospheres from the interplay of light and shadow and from the gradual changes in the seasons. Writes Goldberg states: “Spring segues into summer, autumn leaves shine on the ground, the trees stand up naked, and snow engulfs the land. In photographs, as in life, time moves solely in one direction, yet in photographs light and dark can disregard the clock and other established patterns.”

Harvey was a recent finalist for the BMW Prize at Paris Photo and the Prix Virginia, an international photography prize for women. Her first solo museum show was held at the Stenersen Museum in Oslo, Norway, in the spring of 2012, coinciding with the release of You Look At Me Like An Emergency. This latest phase of work features arresting jewel-toned images punctuated by a characteristic whimsical style. With her vibrant photographs and startlingly honest writing, Harvey reveals the emotional significance we invest in everyday experiences. 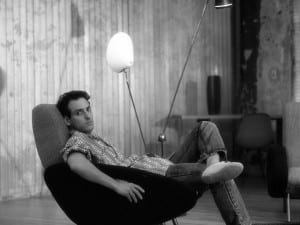 Jeannette Montgomery Barron explores the intense world of the New York art scene in the 1980s. Following her own journey to the city and her development as a photographer, Barron was part of a scene at an exciting cultural crossroads. 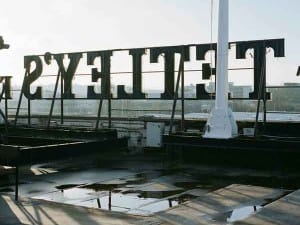 The Tetley is set to open 29 November in Leeds. Aesthetica speaks to Co-founder and Director Kerry Harker and Curator Zoë Sawyer about the new gallery and the first exhibition A New Reality.