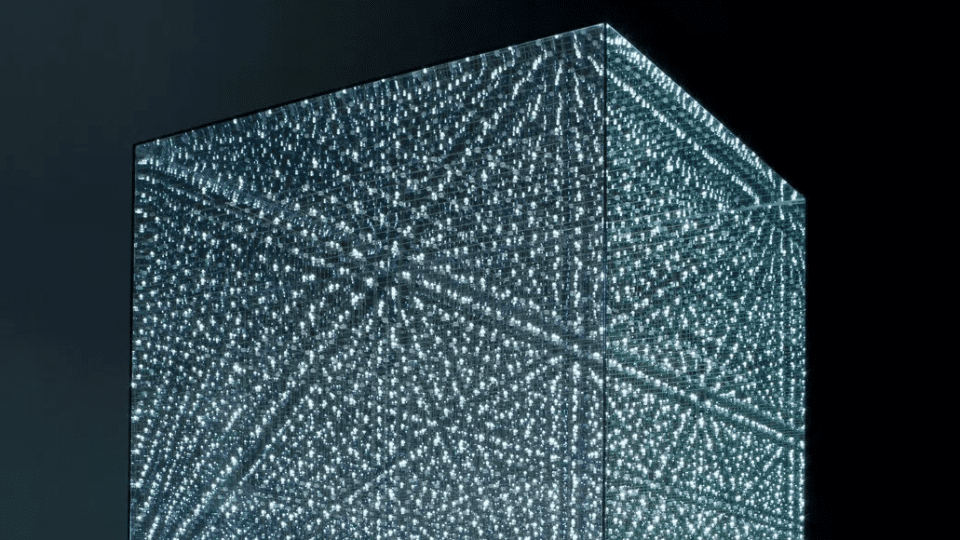 “I am proposing that [the subject of art] is rooted most powerfully in imaginative engagement and, ultimately, in the memory of the viewer.” Antony Gormley (b. 1950) is known for an interest in the spatial relationships between human bodies and the surrounding landscape. Offering physical dialogues between sculpture and the wider world, a site-specific installation at Kettle’s Yard, Cambridge, occupies the entirety of the gallery’s new and existing areas. Breaching the walls of the exhibition, the pieces consider how the medium can activate personal and physical spaces.

For example, CO-ORDINATE IV, a recent work, comprises three steel lines which divide the room into several parts. Creating a visual field which implicates the viewer, the physical axes offer a perspective which looks beyond the institutional realm. Simultaneously, a single figure – constructed from steel rods – occupies the arena. By mapping the human body with the same coordinates used to cut the gallery space, the work introduces a meticulous methodology which defines the series in progress, SUBJECT.

Other highlights include INFINITE CUBE II, shown above, on display in the UK for the first time. Constructed from one-way mirror glass and 1000 LEDs, the cube creates an ever-changing angle, offering audiences a disorientating viewpoint. The piece references Jorge Luis Borges’ short story, The Aleph, which posits a point in space that contains all other points; looking into it enables a sight of everything in the universe. As the only object and sole source of light, Gormley’s response creates a mesmerising angle from which to contemplate notions of infinity.

Furthermore, the show foregrounds a selection of famous iron figures and earlier works, including EDGE III, in which a solid body occupies an unusual location – horizontal and flipped by 90 degrees. Subverting expected notions of placement, it questions the relative orientation of the human form. In a similar way, SLIP I captures a falling figure using steel bars, playing with notions of time whilst offering a characteristic, deeply introspective metaphysical encounter.

25-27 August. This collection reveals the current state of equilibrium between reflection and foresight, demonstrating a dialogue with the past. 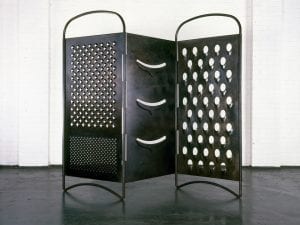