The contemporary moment is defined by a deluge of images and information. The question remains: how do we process them? Exhibitions running this weekend examine the theme of truth from a myriad of angles, attempting to articulate the state of the world through creative practice.

Officine dell’Immagine showcases new projects by Gohar Dashti (b. 1980). The body of work meaningfully engages with socio-cultural and geopolitical issues affecting Iran and the wider world. An authentically human element pervades Dashti’s oeuvre, and the latest series, Home and Still Life, on display in Milan, offer dialogues between abandoned structures and nature. Until 24 March. Find out more here.

This show comprises images by German photographer Sigrid Neubert (b.1927). who is known for a series of monochromatic architectural compositions that focus on contrast and monumentality, recording the built environment through an intense engagement with formal structures and surfaces. Until 3 June. Find out more here.

In a landscape saturated with messages, Faithless Pictures examines the complex relationship been photography and reality. With an aim to reveal poignant truths, the show highlights iconic visual statements from the last four decades that attempt to expose the illusory nature of communication in the technological revolution. Highlights include Thomas Demand, Jenny Holzer, Cindy Sherman, Torbjørn Rødland and Alfredo Jaar. Until 13 May. Find out more here.

Actions. The image of the world can be different, Kettle’s Yard, Cambridge

To mark the reopening of the space following a two-year redevelopment project, Actions brings together 38 diverse practitioners exploring the transformative potential of their various media. The selection reinforces the potential of art to inspire social and political change, and artists featured include Rana Begum, Jeremy Deller, Cornelia Parker, Caroline Walker, Nathan Coley and John Akomfrah. From 10 February. Find out more here.

At a moment when 2.2 million people are incarcerated in the US, Aperture Foundation examines the rights of representation affecting prisoners, whilst unearthing the complex ways in which confinement impacts individuals. By tracking the relationship between art and imprisonment, the selected photographers  a pervasive reality that is universally relevant, yet still remains out of view. Contributing practitioners include Lucas Foglia, Stephen Tourlentes, Emily Kinni and Zora Murff. Until 7 March. Find out more here. 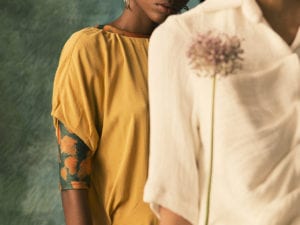