Recreating scenes based on the visions she has in this state, Holler paints the possibility of an ecofeminist solution, casting women and nature in a powerful union against the social constructs that devalue them both. 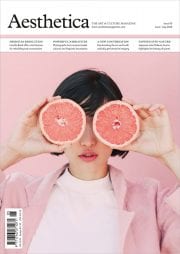 All Artists' Directory listings are included in the print edition of Aesthetica. To see the full June / July 2020 selection, pick up a copy of Issue 95.