The 5 To See for 11 to 13 August makes use of the progressive state of mind. From innovative methods in design, to responding to the current social and political landscape, each of these exhibitions offer a mirror to the contemporary condition and its concurrent developments.

This influential figure in American landscape photography (b. 1949) responds to the 2016 US presidential election, with the premiere of Premonitions and The Writing on the Wall, two new chapters in the epic Desert Cantos project. Whilst travelling through desolate areas of southern California, Arizona and Nevada, the artist found signs of despair, protest and anger scrawled on derelict buildings and rocky outcrops.

From an insider’s position, Zanele Muholi (b. 1972) photographs the black lesbi­an and transgender commu­nity in South Africa. Her first work, Only Half the Picture (2006), contains arresting, powerful and sometimes witty images have concen­trated on a community that, remains at risk of abuse, discrimination and sexual violence. Making its Dutch debut is Muholi’s latest series Somnyama Ngony­ama (Hail the Black Lioness).

Light, strong, affordable and versatile, plywood is the unsung material behind an eclectic array of ground­breaking modern objects. Its role in the history of design is celebrated in Plywood: Material of The Modern World. From the fastest and highest-flying aeroplane of WWII, the De Havilland Mos­quito, to the downloadable self-assembly WikiHouse, more than 120 objects are brought together, includ­ing a 1960s British racing car with plywood chassis.

Marian Goodman reinstates the work of the late Marcel Broodthaers (1924-1976), calling upon a wide range of cultural and political references from the contextualised time period, including the decline of 1960s Western movies and the end of the Vietnam War. New threads are woven into the show; for Broodthaers, the “Décors” weren’t ends in themselves but “temporary stage-sets”. Each piece allows audiences into a unique artist inquiry.

“I start with a formula to get a process going, then the formula takes over and continues into infinity on its own. It is not about creative decisions anymore; there is no choice, only reason.” Giant mushrooms, mirrored revolving doors and abstract paintings: Carsten Höller (b. 1961) unites art, play and phenomenology to transform the gallery into a laboratory that is equal parts rationality and incomprehensibility. 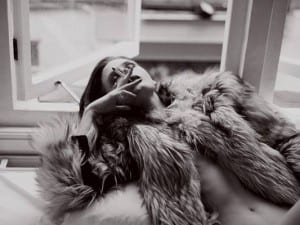 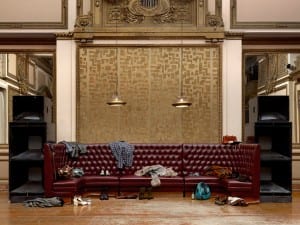 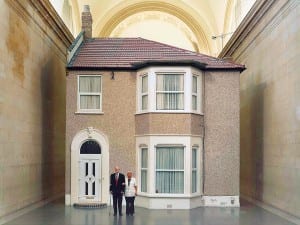 What Happens When the YBAs Grow up?

A new book surveys the 25 year success and phenomenon that was, and in many ways still is, the Young British Artists.